The neck or fretboard radius is an important aspect of how a guitar plays and feels. The style of music you play will guide your choice of neck radius. 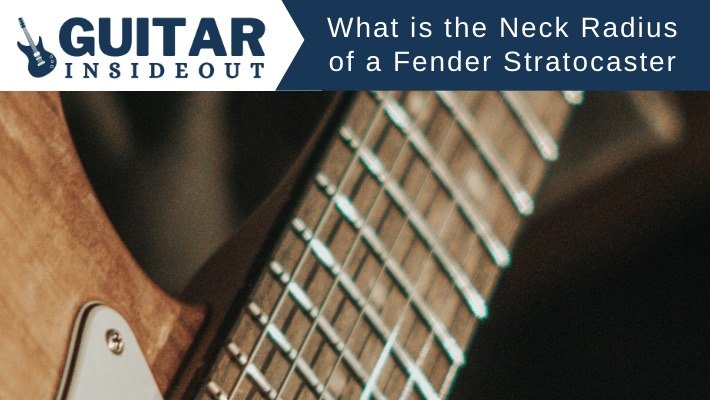 But if you want the specific fretboard radius of the modern Stratocaster models then keep reading.

What is the Neck Radius of a Fender Stratocaster?

Stratocaster fingerboard radius has changed quite significantly over time. The original Stratocasters first introduced in the 1950’s had a 7.25″ neck radius.

This was in line with all Fender guitars at that point: Telecasters, Jazzmasters, Esquires etc. all had necks with the now vintage 7.25″ radius.

This type of fretboard radius made playing chords much easier. The smaller the radius the more curved the neck is which makes chords that bit simpler. Conversely a larger and flatter radius, something like 12″, is less well suited to chords but better for playing faster single notes and bends.

Over time though there was increasing demand for a radius that was more balanced. This lead to Fender adopting a 9.5″ radius in the 1980’s as the main radii for the majority of their guitars, including the Stratocaster.

The 7.25″ neck radius still exists but in selective models (a third of all their guitars, according to Fender, mainly vintage reissues. You can also find larger radius – 12″, for example, and compound-radius which is where the curve of the neck changes along the fretboard (more or less curved at one end compared to the other).

The table below shows the different models of each Stratocaster and the neck radius of them. 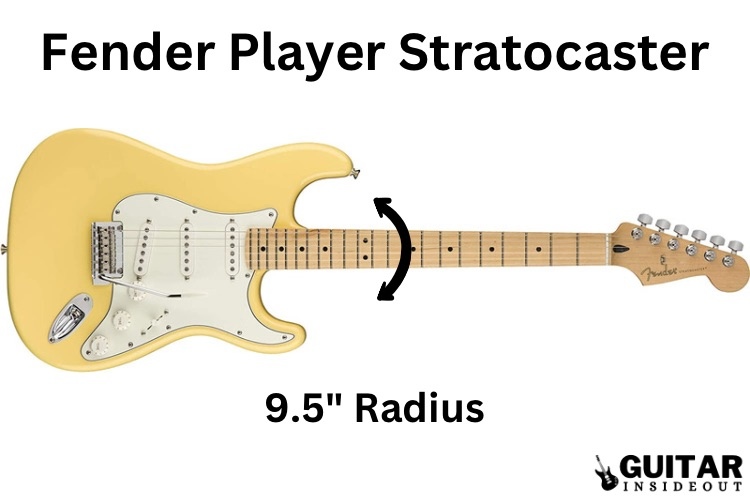 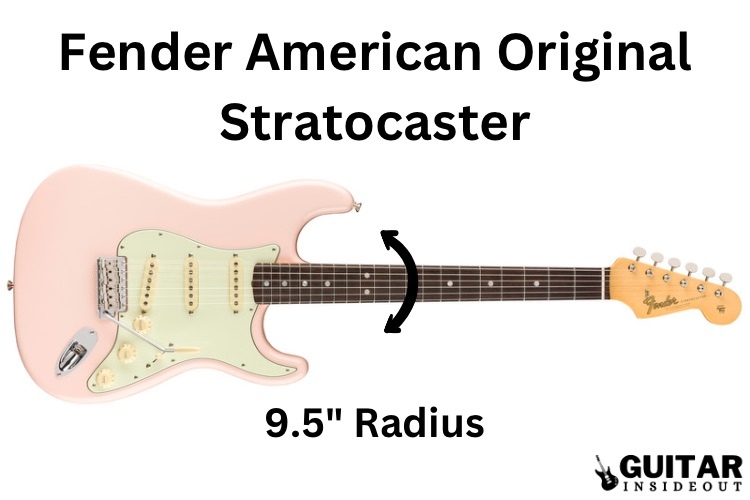 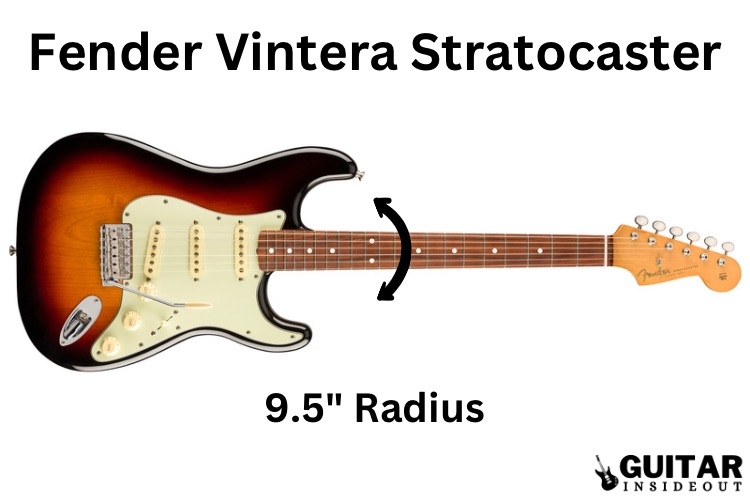 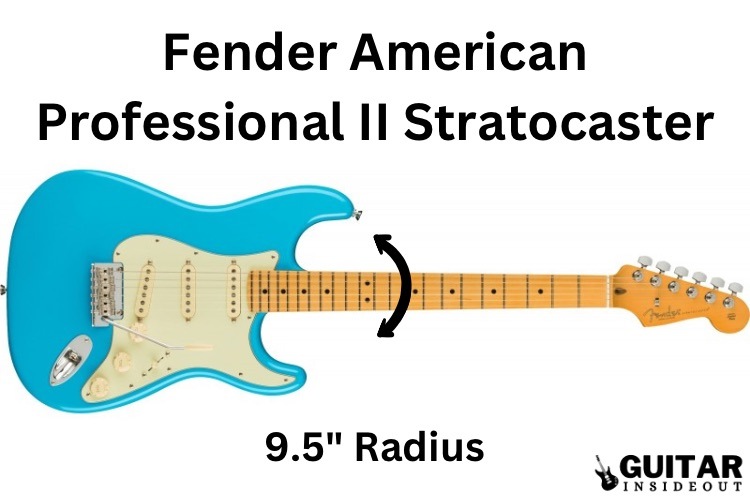 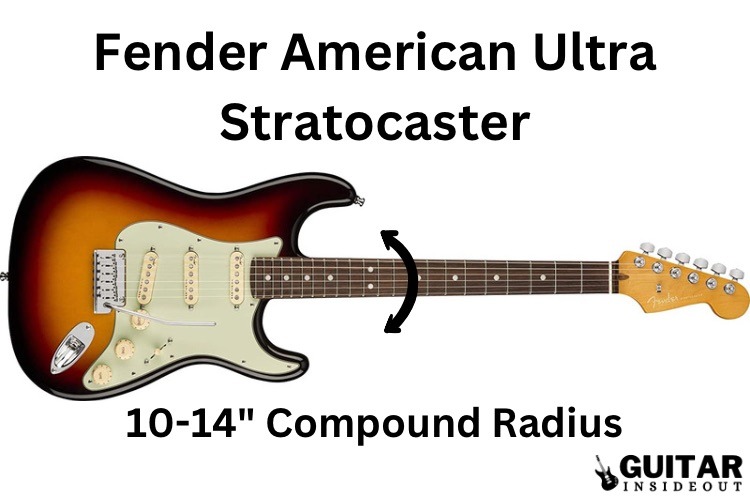 The Fender Player Plus Stratocaster neck radius is 12″. 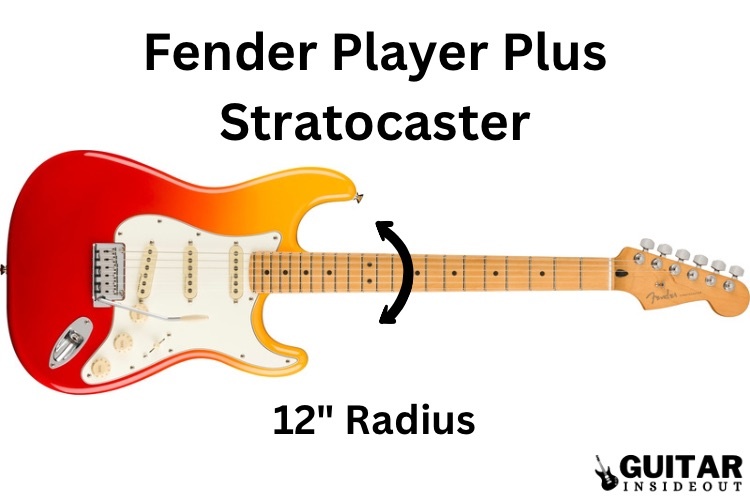 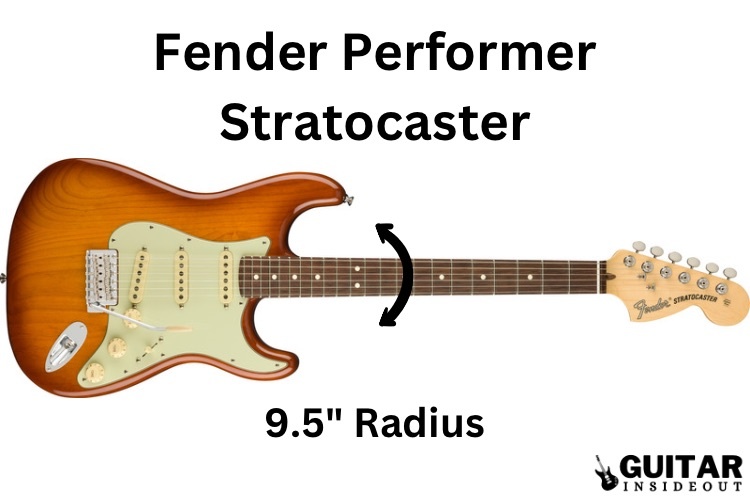 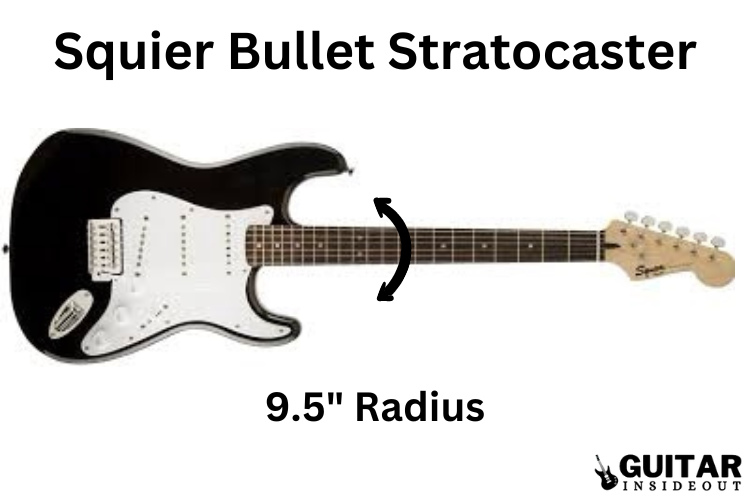 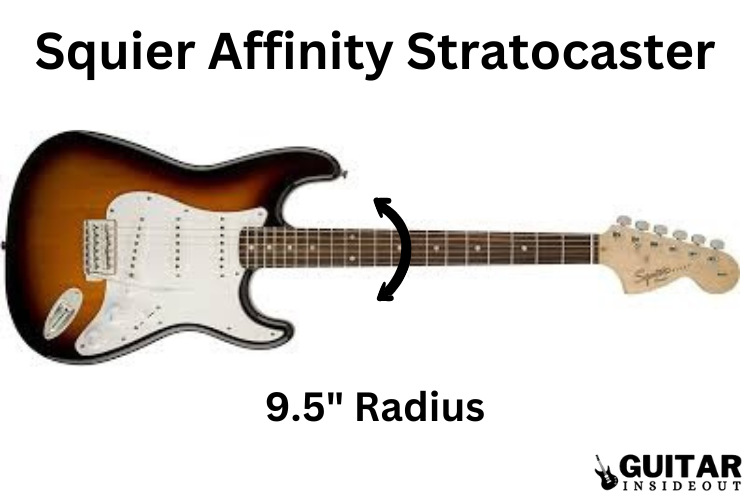 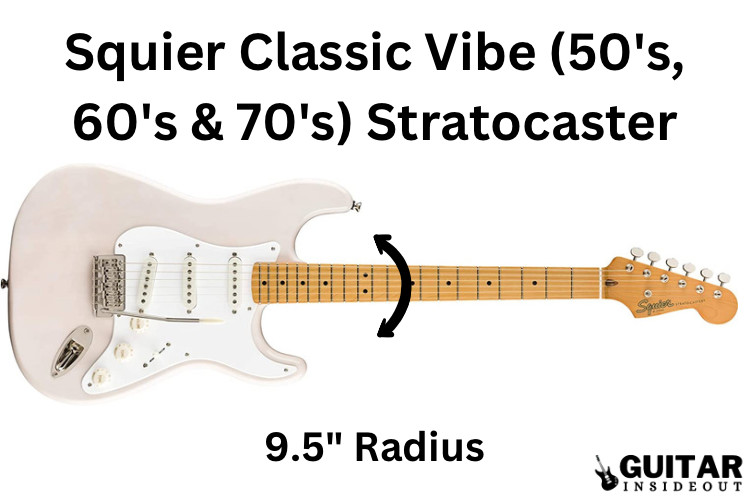 When Did Fender Start Using 9.5″ Radius

Fender started using a 9.5″ radius in American Standard Stratocasters 1987. Production of these Strats began in 1986 and at the tail end of that year they were making their way into stores. But it was 1987 when they were officially introduced by Fender.

Do Fender Strats have a Compound Radius?

What is Compound Radius?

So now you know that a Fender Stratocaster neck radius is mainly 9.5″ in modern models and 7.5″ in vintage Strats. There are some exceptions like Player Plus and Ultra series that have 12″ and 10-14″ compound radius but the majority of todays Fender Stratocasters will have a 9.5″ radius.