How much a guitar weighs is one of the main considerations that goes into buying a new one. The weight impacts on how comfortable it is to play and how it feels to pick up, stand with etc. 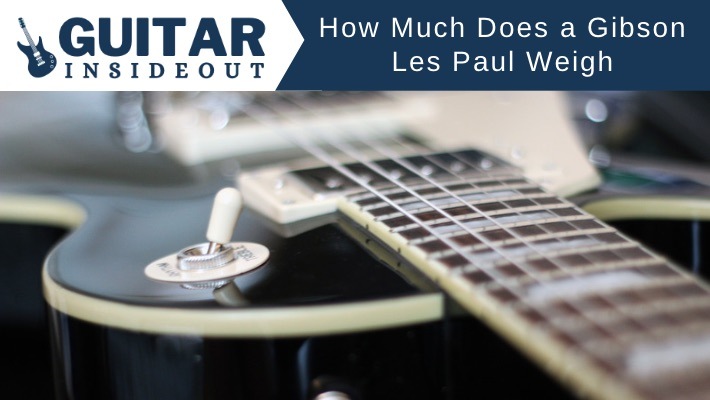 But there are many different Les Paul models and types. If you’re interested in the specific weight of a certain one then keep reading.

How Much Does a Gibson Les Paul Weigh?

It’s near impossible to get the exact weight for a guitar. That’s because the density of wood used will be slightly different for every guitar.

Each guitar and each model will have different characteristics that makes their weights different. That could be a few ounces all the way through to a few lbs.

But we can look at the averages to get a an idea of roughly where a specific guitar models weight will be. For example a Gibson Les Paul Standard will almost always be between 9-12lbs (4-5.5kg). A Les Paul Junior is much lighter at 7-8lbs (3.1-3.6kg).

The table below shows the different models of each Gibson Les Paul and the weight of them. These are rough averages rather than specific weights but they will give you a good idea of the whereabouts of each models weight. 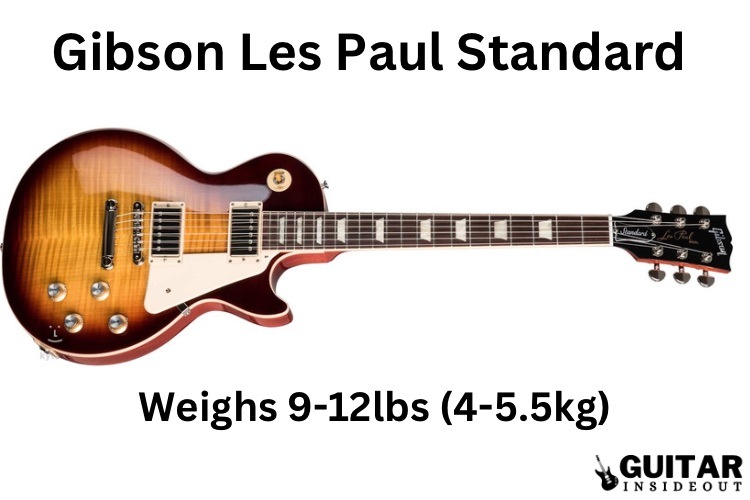 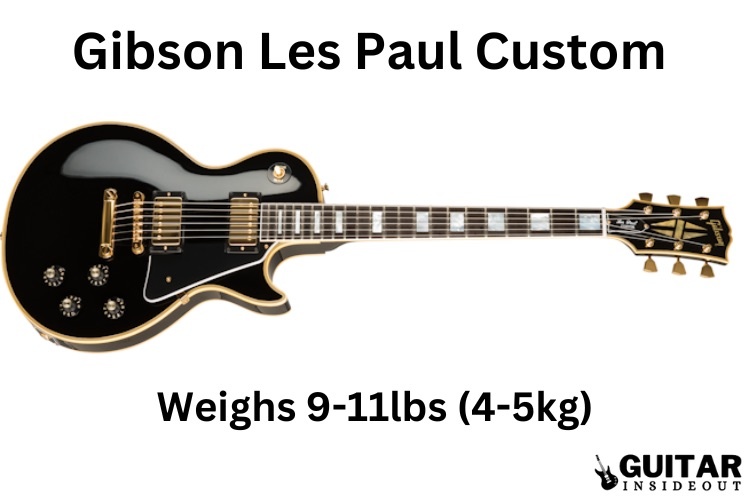 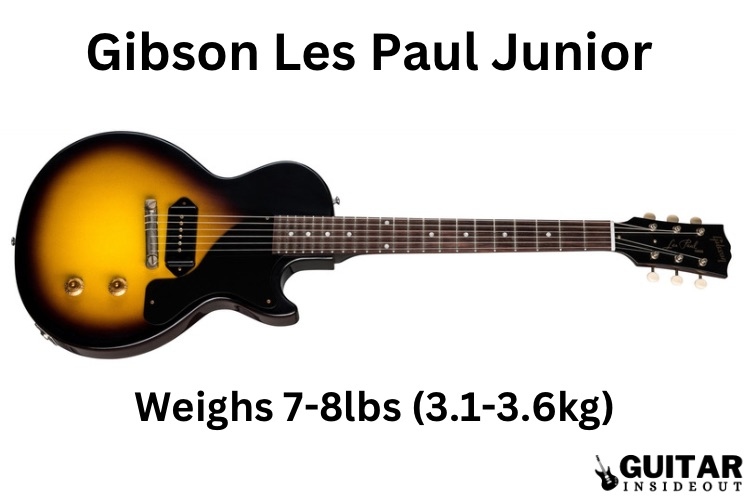 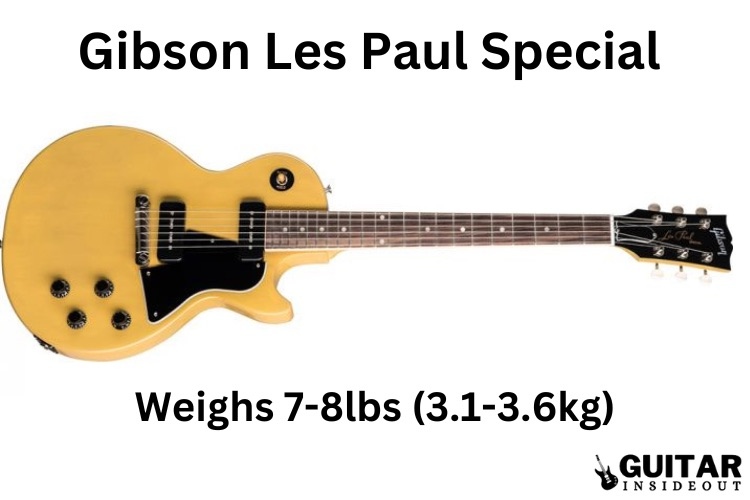 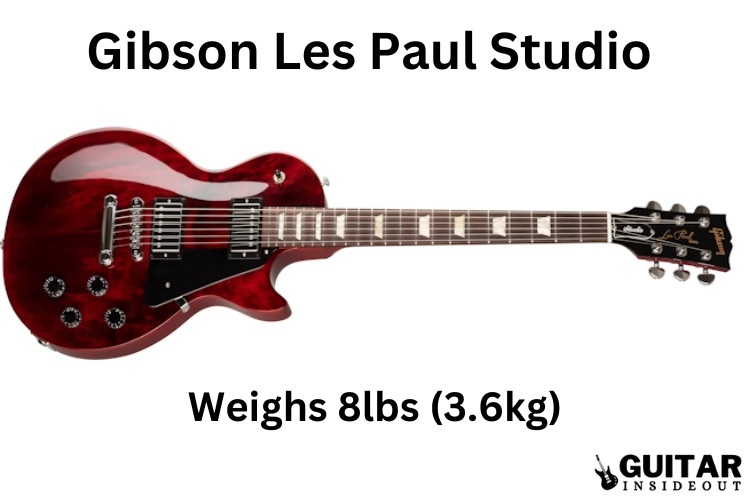 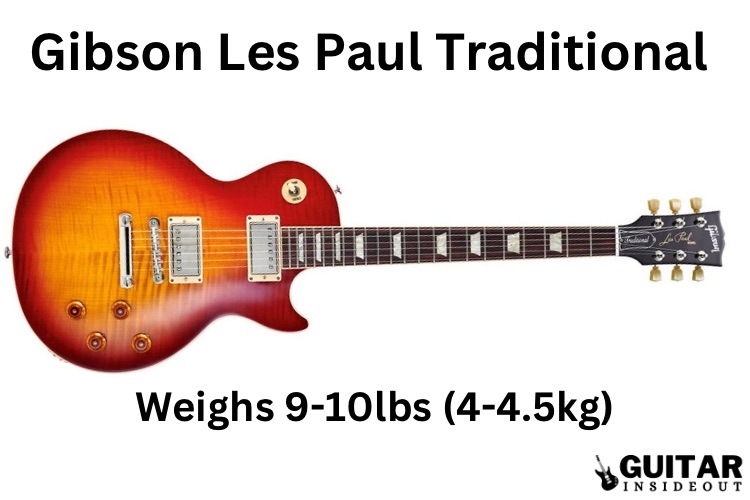 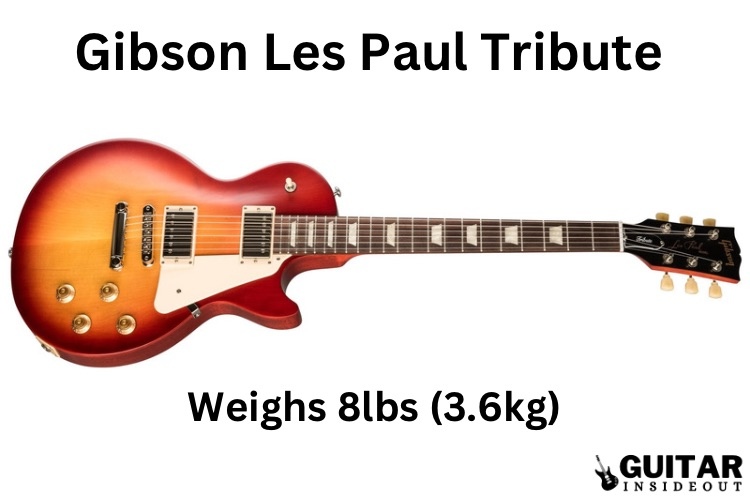 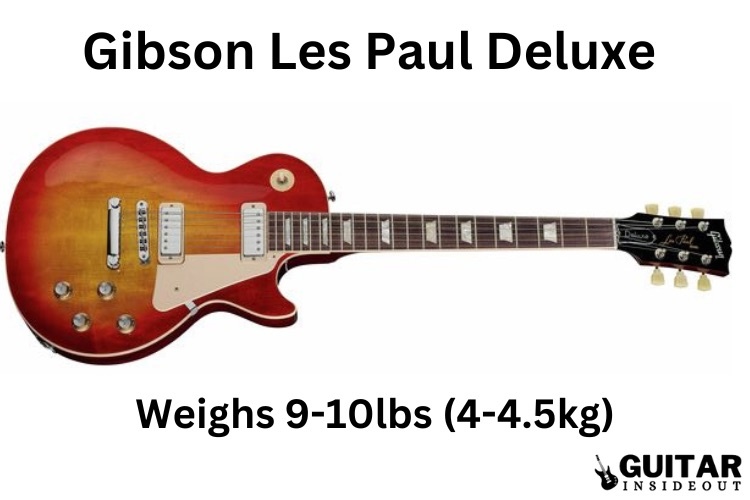 As you can see all the Les Paul models weigh around 7 – 12lbs. There is a fair amount of difference across those models due to the size of the body, wood used and hardware.

Compared to Stratocasters most types of Gibson Les Paul’s will be heavier. Les Paul Junior’s and Special’s will be similar in weight to Strats – 7 to 8lbs. But the Les Paul Standard, Custom and Traditional will all be heavier than a regular Stratocaster. 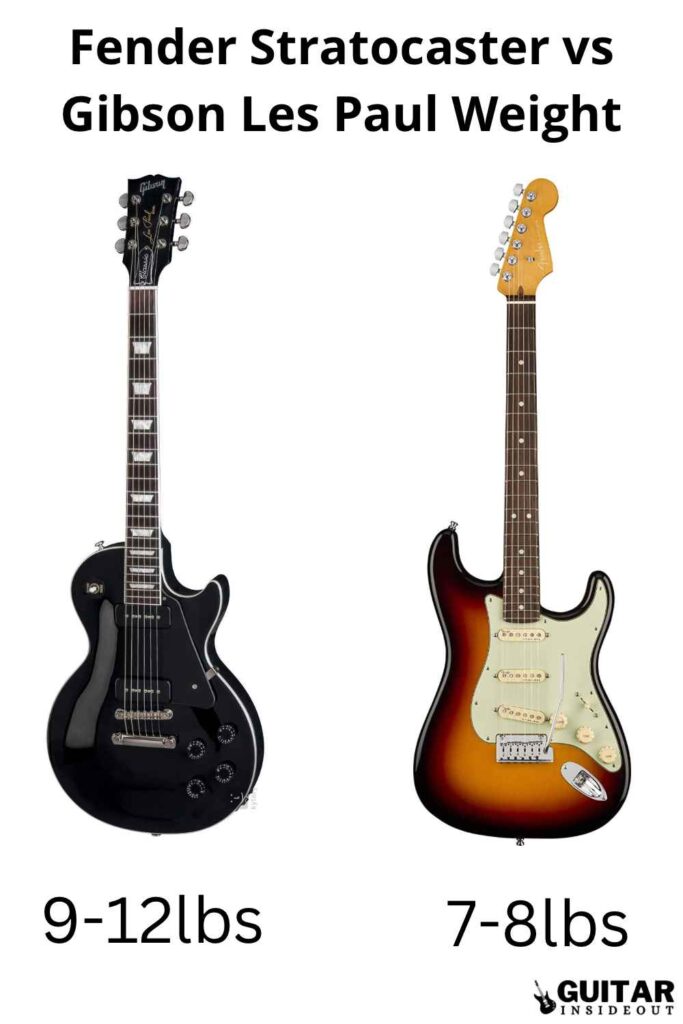 Gibson Les Paul’s and PRS’s are fairly similar weights. Most Les Paul’s will tend to be slightly heavier with a range of 9 to 12lbs whereas PRS’s are mainly around the 9lbs. But Les Paul Junior’s and Special’s will mostly be lighter than PRS’s. 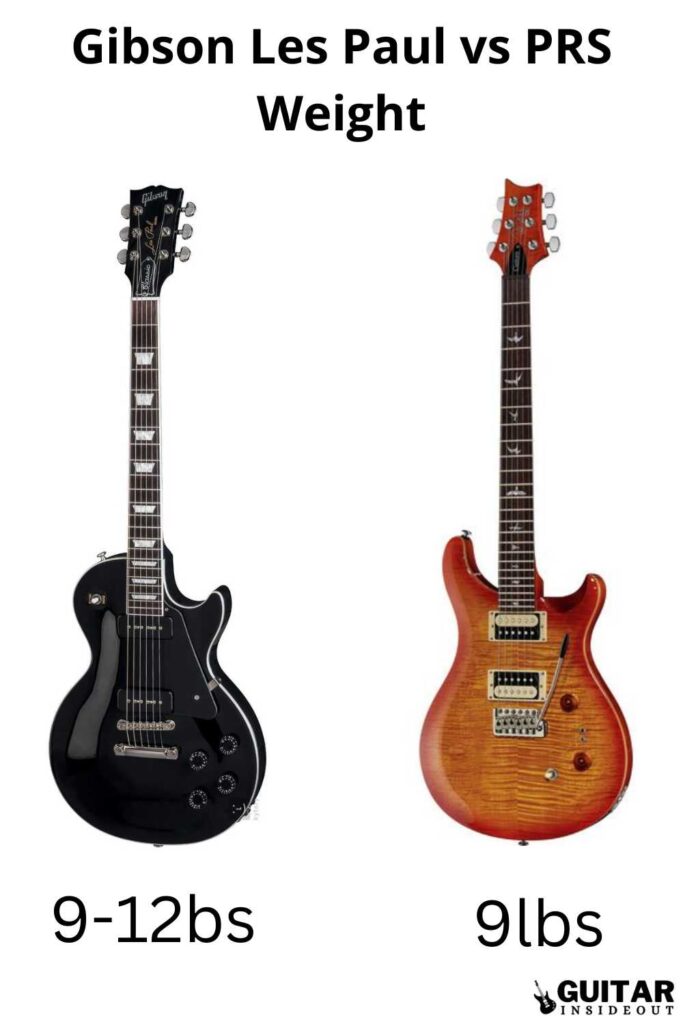 What Affects the Weight of a Gibson Les Paul

The body of Les Paul’s are made from mahogany. Mahogany is a very dense wood which makes the guitar heavier. It’s this heavier, denser wood that gives Les Paul’s their full sound and longer sustain.

It’s also what makes them known for being very heavy! So if you want a lighter guitar then choose one that doesn’t use mahogany.

The neck on Gibson Les Paul’s is also made from mahogany. Mahogany jacks tend to sound a bit darker than something like maple but are heavier.

All the different parts of the guitar contribute to its weight. So the bridge, tuners, pickups etc.

If a guitar has licking tuners they tend to be heavier than regular ones. But for something like the Les Paul Junior it’s simplicity – one pickup, one volume and tone control etc. – helps to keep it lighter overall.

The wood has a larger impact on tone than the overall weight. Add weight to your guitar by using heavier parts isn’t going to improve or alter the tone.

But a denser and heavier wood, like Gibson uses mahogany for its guitars, creates a fuller sound and greater resonance and sustain.

So now you know that a Gibson Les Paul weighs between 9 to 12lbs. But it does depend on the model as the Junior’s and Special’s are noticeably lighter than the Custom’s and Standard’s. Overall though Gibson’s are known as heavier guitars especially when compared to the likes of Fender.