Guitars come in lots of different shapes, sizes and types. From dreadnaughts and flying V’s to offsets and thinline’s there is a huge variety.

But what is a thinline guitar? Well it’s a hollow or semi-hollow guitar that has a thinner body than usual. Thinline guitars are often associated with Fender Telecasters but many different manufacturers have thinline guitars, most notably Gibson with the ES series. They have a long history stretching back to the 1950’s. 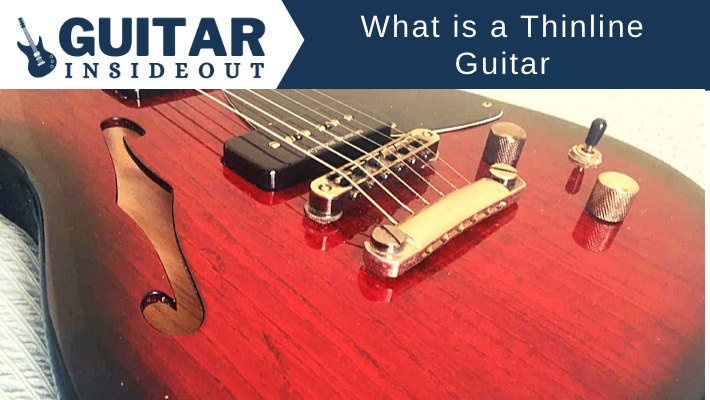 If you’d like to know more about thinline guitars, how they’re constructed, what they sound like and more then keep reading.

What is a Thinline Guitar

A thinline guitar is a guitar that has a thinner body than regular sized electric and acoustic guitars. They are hollow or semi-hollow with an f-hole cutout.

Depending on the type of guitar they are made differently. Thinline Telecasters have chambers hollowed out with a single f-hole. However only the top half of the body is hollow. The part of the body where the electronics are mounted is solid but the upper bout is hollow.

The likes of the Gibson ES series have a set neck, plywood body and center-block. Their body is thinner than a traditional acoustic archtop.

The original thinlines were Gibson semi acoustic from the 1950’s. But it is the Fender Telecaster thinline, which was first introduced in the late 1960’s, that is most well known. Today Fender still make thinline Telecasters across a whole range of their models – from affordable entry level Squiers to Custom Shops.

Fender also made the TC 90, a semi hollow thinline Telecaster style guitar. You can read all about the Fender TC 90 in our review

It depends on the thinline guitar as to the tone they produce. For example a thinline Telecaster tends to have less twang than a traditional Telecaster and is a little warmer and more rounded. There’s more bottom end as well which is what you would expect from a semi-hollow body guitar.

The Gibson ES-335 is one of the most famous and versatile guitars of all time and is a thinline. It’s seen as being suitable for most styles of music and part of that is because of its semi-hollow body and the way it’s constructed.

It has a surprising amount of sustain and a dynamic sound with a strong midrange. The tone makes it one of the most sought after guitars.

Why are They Called ‘Thinline’?

The most obvious answer to how they get their name is that they have much thinner bodies than regular solid body guitars. So they are a line of thinner guitars – thinlines.

What Style of Music are they Good for?

Thinline guitars are used for many different styles of music. A Telecaster is one of the most versatile guitars and a thinline version is no different.

You will see jazz, country, blues and rock guitarists using thinline guitars. The Gibson ES-335 is a classic example of a thinline being used in virtually every genre of music.

Where they aren’t suitable is for heavy styles of music. With a hollow body you will get an awful lot of feedback if you try and use a lot of gain.

So if you want to play metal, hard rock or any genre where you’re using tons of gain then a hollow or semi hollow body thinline isn’t the right guitar.

The Fender Telecaster Deluxe Thinline is what comes to mind for most people when they think of a thinline guitar. The original version from 1969 featured a mahogany body and 2 single coil pickups whereas the 1972 version had a swamp ash body and 2 humbuckers. 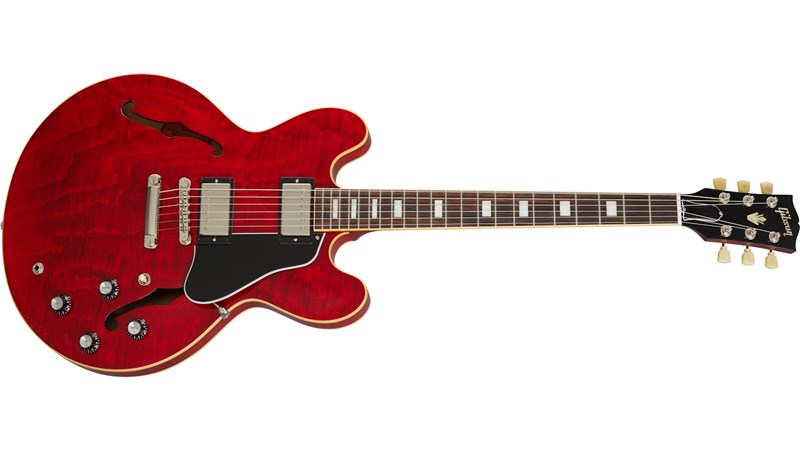 A classic, the ES-335 was released in 1958 and was the first semi hollow body guitar. It has a centre wood block that runs through the middle of the body. Over the years there have been many variations of the ES-335 and many of the most well known guitarists have used one. 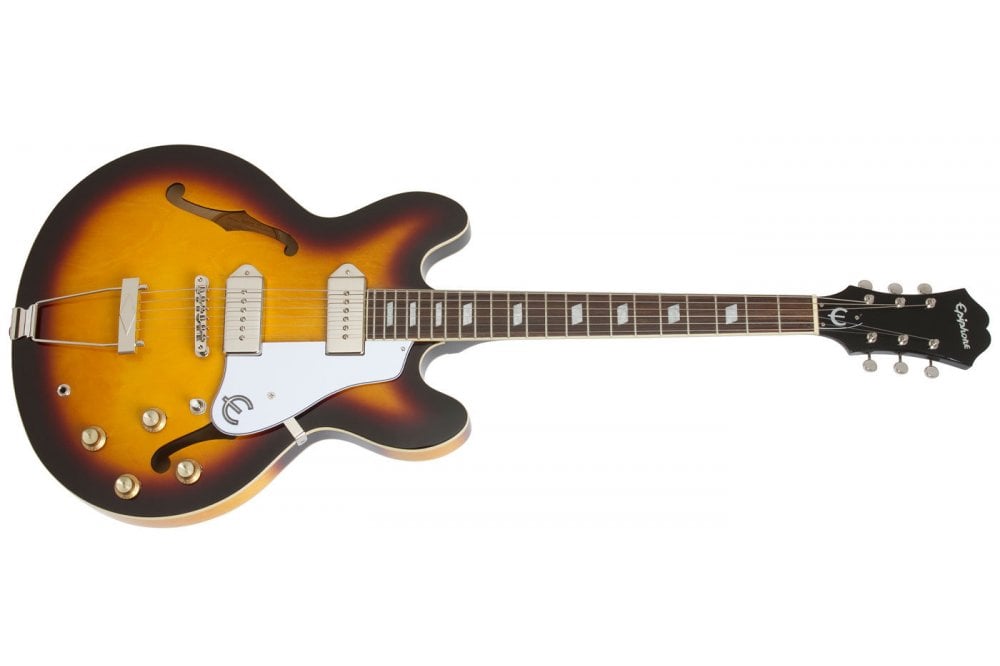 A thinline hollow body with twin f-holes, the Epiphone Casino has been used by some incredible guitarists, most notably The Beatles Paul McCartney and John Lennon. 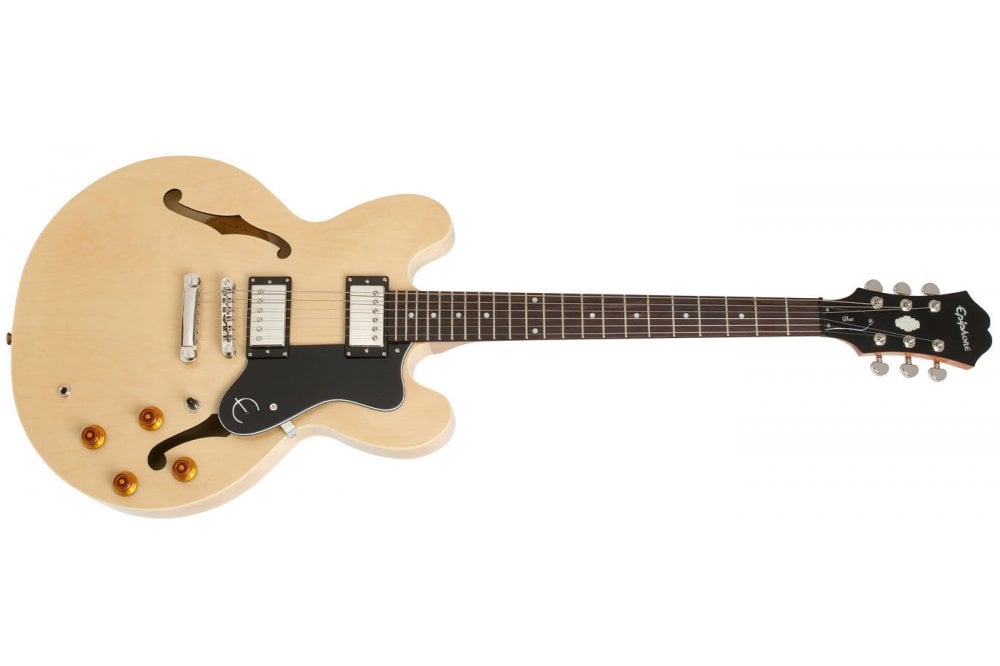 A more affordable version of the Gibson ES-335 the Epiphone Dot features similar styling and build. A popular entry level guitar it is a great choice for jazz, blues and rock n roll. 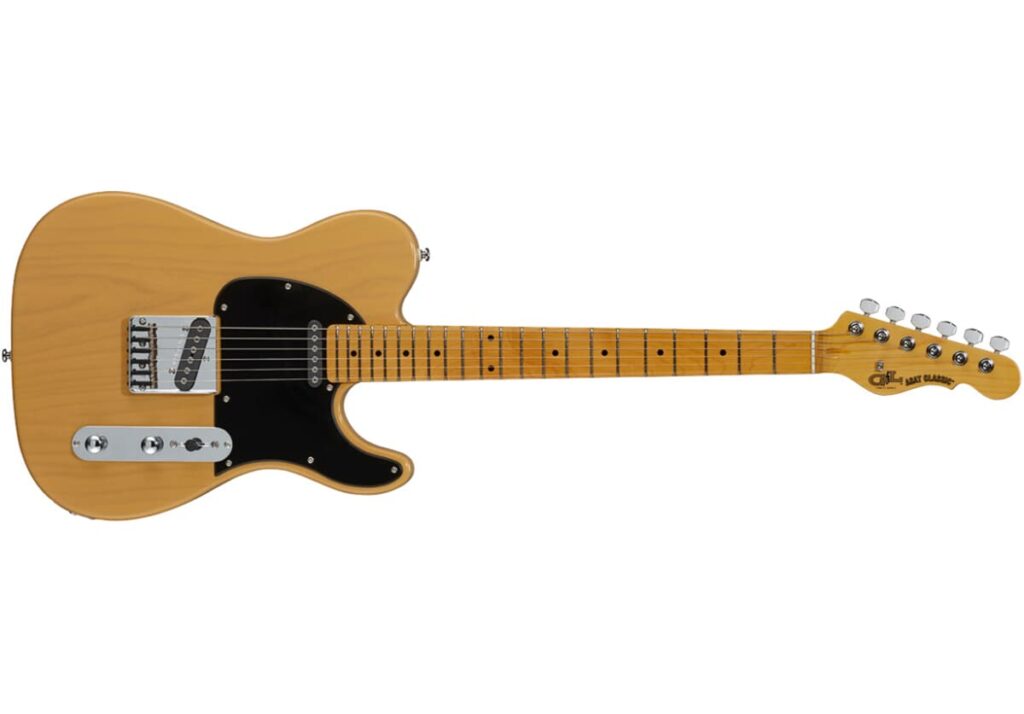 Made by the legendary Leo Fender the G&L Tribute is a semi hollow body very similar to the original Telecaster. Higher output pickups means it lacks the twang and snap of a Tele but excels at overdriven sounds.

Great sustain and midrange tone is to be found with the PRS SE Custom 22 Semi-Hollow. Very well suited to classic rock and blues. 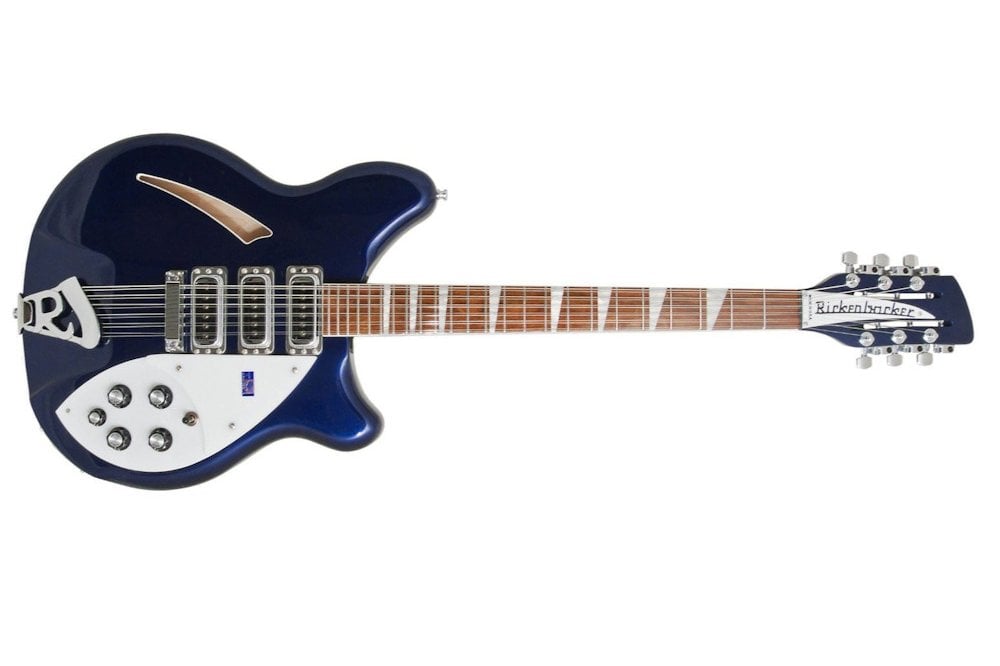 The Rickenbacker 360 Deluxe Thinline is also a classic loved by amazing guitarists like George Harrison and Peter Buck. It features a semi acoustic hollow body and cat’s eye soundhole as opposed to the more common f-hole.

Those are just some of the most well known but there are many more.

As they are mainly hollow or semi-hollow body guitars then yes they are lighter in weight than regular solid body guitars. With the chambering of the body this means they are far less dense that the solid wood bodies of most guitars and usually a few lbs lighter.

Do Thinlines Have More Sustain?

It depends. Some thinline guitars have less sustain than their solid body counterparts. Others though are the opposite.

The Fender TC 90, not a particularly well known guitar but a semi hollow body thinline has really great sustain. And the Gibson ES guitars are known for fantastic sustain.

So it comes down to the individual guitar or type of guitar.

Thinline guitars may not be all that common but they’re still very popular and highly regarded guitars. Sone of the most famous guitars are thinline and they have a real pedigree.

Hopefully you now understand a bit more about what thinline guitars are, what they sound like and who make them.

1 thought on “What is a Thinline Guitar: A Guide”