How many frets and the scale length of a guitar is important to the feel of it and how it plays. So how many frets does a Fender Stratocaster have? Most Fender Stratocasters have either 21 or 22 frets as standard. It depends on the model of Strat as to whether it’s 21 or 22. There is also the Fender HM Strat that has 24 frets but that is very much the exception. 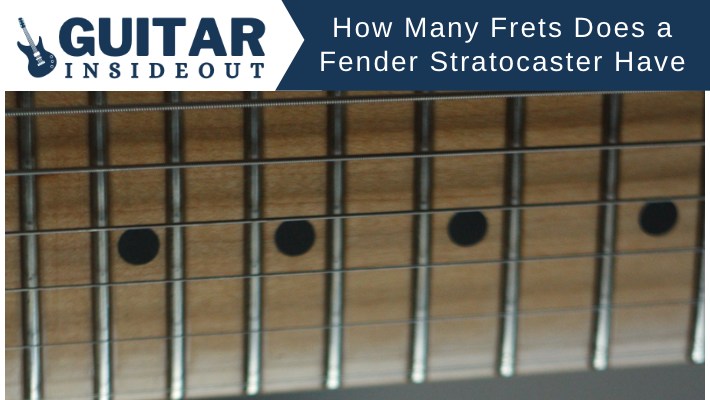 If you want to know the specific frets of a certain or each of the Stratocaster models then keep reading.

How Many Frets are on a Fender Stratocaster? And Why?

Originally Stratocasters had 21 frets. It wasn’t until the 1980’s that Fender introduced a 22 fret Strat.

In fact it was a made in Japan Contemporary Stratocaster released in 1985 that was the first 22 Strat. The first USA Strat with 22 frets wasn’t until 1987 with the American Standard.

Stratocasters from the 50’s, 60’s and 70’s all had 21 frets and so are considered the classic specifications of Strats. They were built that way because a 21 fret neck was much quicker to assemble. So Fender could build and sell more guitars.

But as time went by players began to want more from their guitar. So by the 1980’s 22 fret necks were common and Fender needed to catch up.

And so today they offer many different options and types of Stratocasters – some with 21 and some with 22 frets.

The table below shows the different models of each Stratocaster and the number of frets they have.

The Fender Vintera Stratocaster has 21 frets. 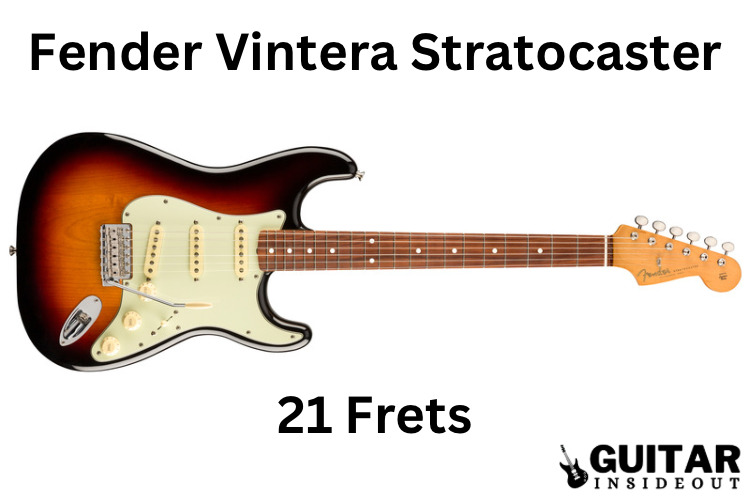 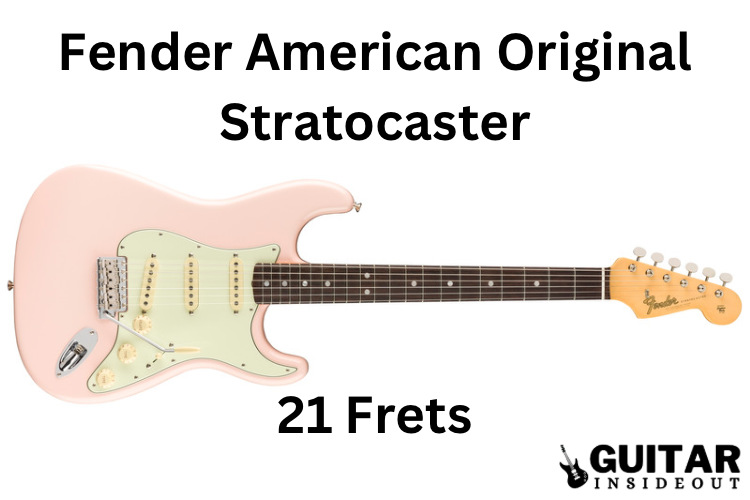 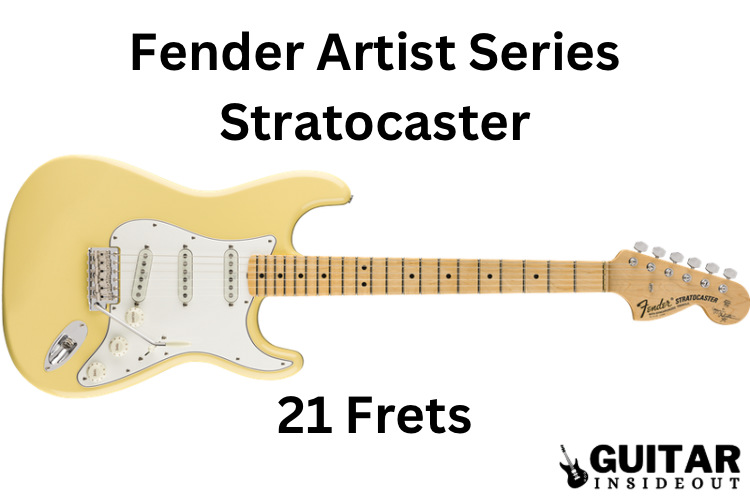 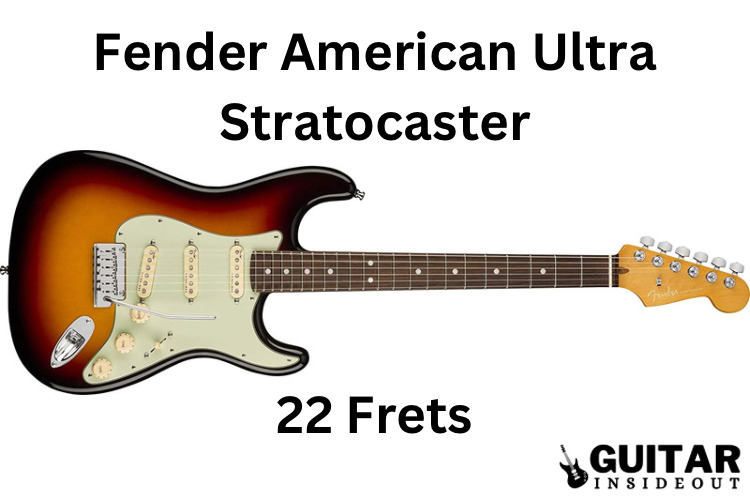 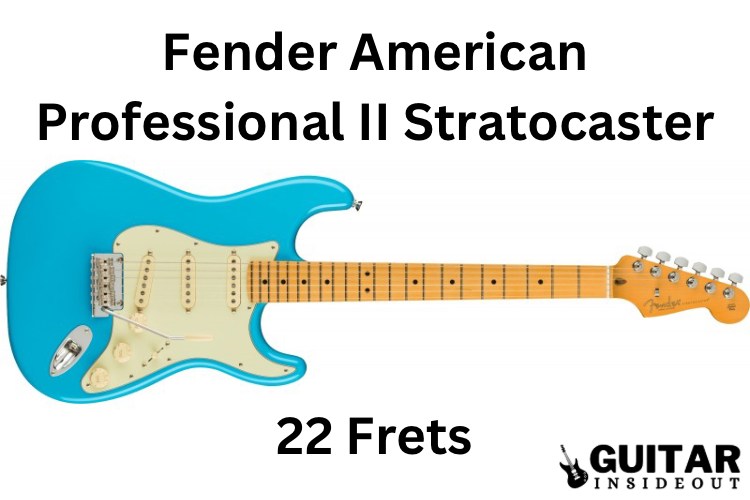 The Fender Player Stratocaster has 22 frets. 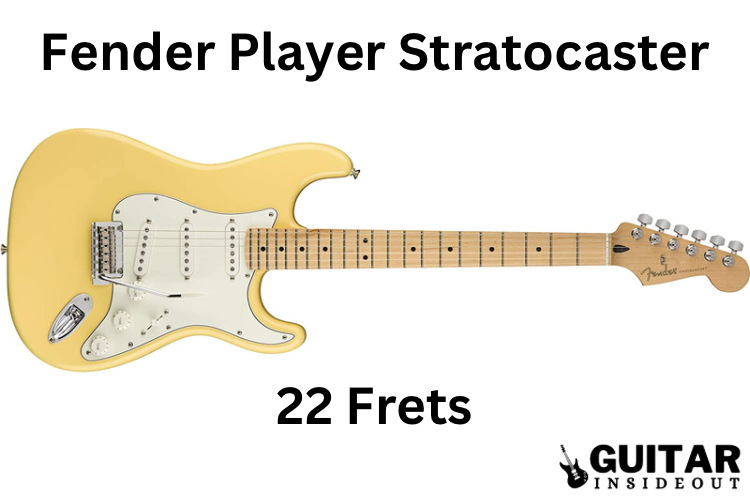 The Fender Player Plus Stratocaster has 22 frets. 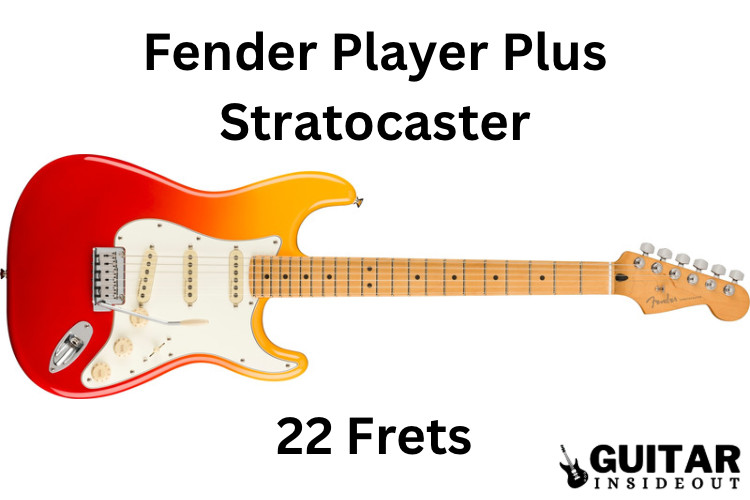 The Fender Performer Stratocaster has 22 frets. 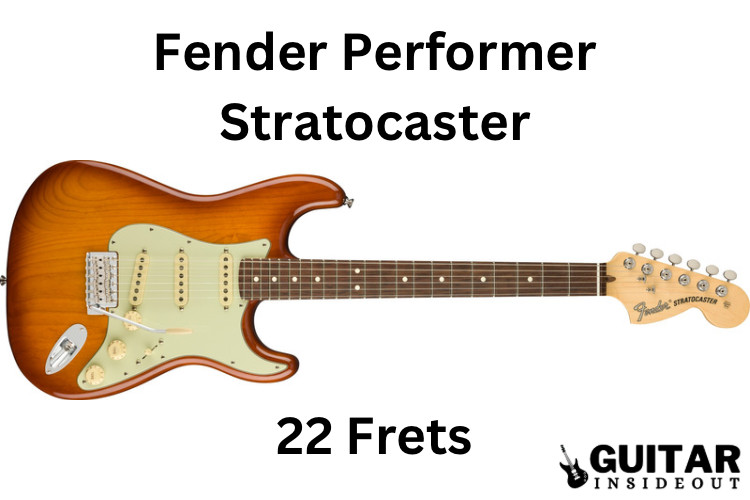 The Fender HM Stratocaster has 24 frets. 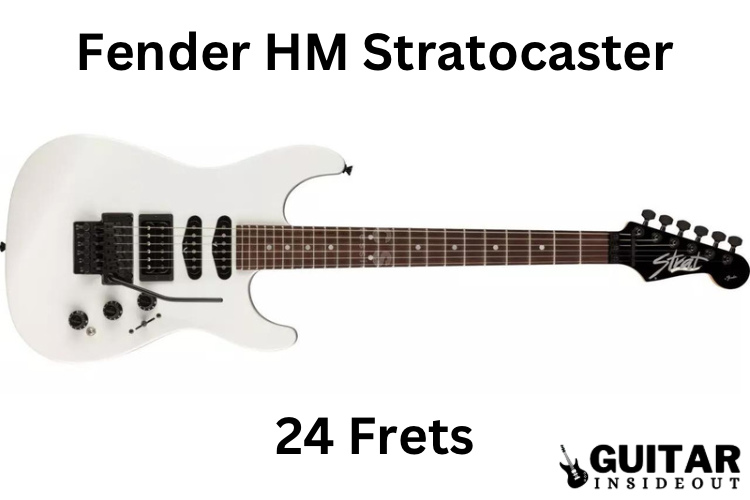 Not really. It all comes down to personal preference. Some players want the option of that extra note at the 22nd fret whereas others don’t need it.

If you’re playing a lot of heavy music or shredding style then extra frets can often be important. A 22nd fret might make all the difference.

But for the most part 21 frets is enough.

There is no difference in sound between a 21 and 22 fret neck either. It doesn’t impact the tone at all.

Some people like to do modifications to their Strats though. A 21 fret neck makes those mods a lot easier than a 22 fret neck as it doesn’t have the extra bit of wood that hangs over with that additional fret.

Do Any Stratocasters Have More Than 22 Frets

Fender used to make the HM Strat. HM stood for ‘heavy metal’ as it was aimed at metal guitarists who needed the extra 2 or 3 frets.

The HM Strats had 24 medium jumbo frets (in an HSS configuration). They were originally made in Japan and then later in America in the late 1980s to early 1990s.

They’re quite rare nowadays and hard to find. Because of that they’re also very expensive when sold 2nd hand.

The other 24 fret Stratocaster was the Fender Showmaster. It was introduced in 1998 and was at first a version of a Strat. However it soon became a Fender Custom Shop and the early Stratocaster models are extremely rare.

The Showmaster was discontinued in 2009.

So now you know that a Fender Stratocaster has either 21 or 22 frets (with one notable exception). The traditional Strat had 21 frets for ease of manufacturing but times change and demand meant a 22 fret version was necessary. That’s why today you can get both 21 and 22 fret Strats to suit whatever your preference is.