Orange amps are some of the most popular guitar amps on the market. That’s because they sound great, are simple to use and make a great choice for all different skill levels and needs. But which is the best Orange amp?

Everything is of course subjective and what you like or the sound you’re looking for is going to differ. But we can take a look at the range of Orange amplifiers and compare which has the best features, versatility, tones and price.

From the more modest, beginner series of Orange Crush’s to the big beasts like the Rockerverb there’s a great choice of amps that Orange offer.

So let’s get into it and look at the best orange amps.

See our guide to Orange amps for a more in depth look at what they sound like, build quality, who uses, them, and what they’re good for.

Best Orange Amp on a Budget 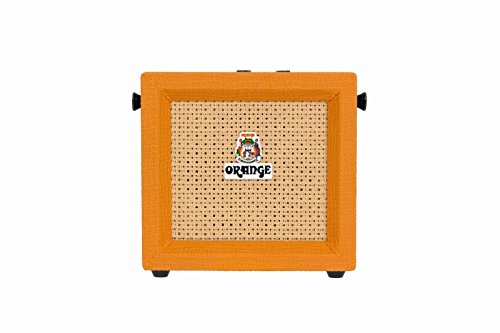 If you haven’t got much to spend but would like to experience a bit of the Orange magic then they have some very affordable options. It will of course depend on how big your budget is.

The best for a very small budget is the Orange Crush Micro CR3. It’s a tiny 3 watt amp that will happily fit on your desk so you can plug in and jam virtually anywhere with ease.

It’s got a headphone jack to plug in and play quietly, a built in tuner and aux in so you can jam along to your favorite tracks.

It’s obviously not going to sound anywhere near as good as some of Oranges bigger and better amps but for a cheap and simple entry to trying the Orange sound it’s a great starting point. 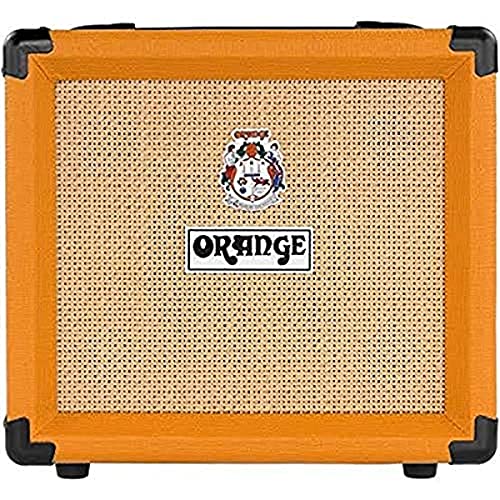 If you have a bit more flexibility in your budget then the step up to the Orange Crush 12 will be a big improvement. It’s a great little amp that’s perfect for those new to the guitar or just need a small combo to let them practice at home quietly.

It’s much less expensive than it’s bigger brother the Crush 20RT (which is also an excellent amp, as you’ll see below) and offers simple EQ controls and a built in tuner. It’s sturdy and well built like all Oranges, whilst also being small and light enough to make it portable.

You can get good clean and higher gain tones at both quiet volumes and it can also be cranked surprisingly loud for a little amp! 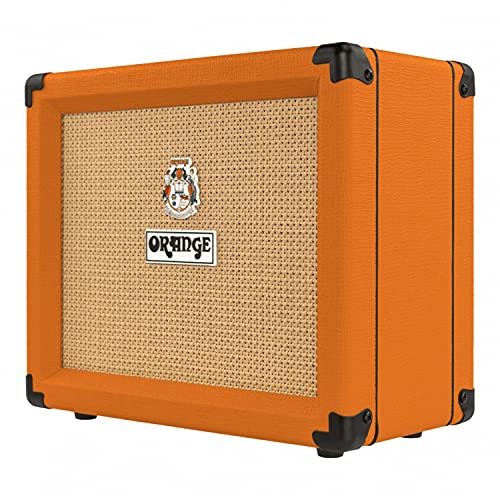 Orange may make some of the best amps available that are used by hugely successful musicians but they also cater to the beginners as well. The Crush series of amps have some fantastic solid state options that offer beginners a really great starting point.

The best Orange amp for beginners then is the Orange Crush 20RT. The Crush 12 is a great choice if you’re budget is tight but if you can then the 20RT will serve you better.

It has 2 channels, a clean and a dirty, with a 3 band EQ for each. You get a built in tuner and reverb plus headphone/line out if you want to play silently or along with tracks.

Like the other models in the Crush range they’re louder than you think, to the point where the 20RT could probably be used at a small gig. With its size being small and portable it makes for a fantastic at a really affordable price.

Best Orange Amp for Home Use 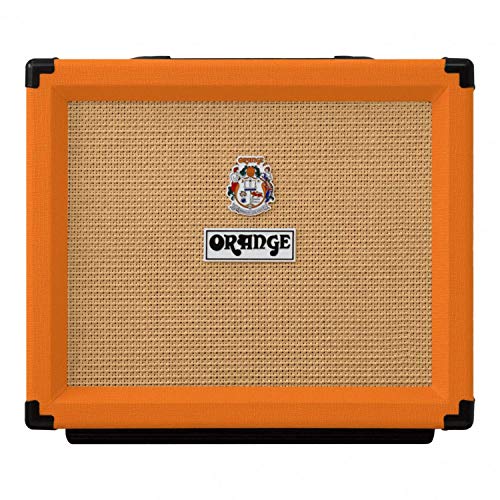 The best Orange amp for home use is the Orange Rocker 15. It’s the perfect mix of all the things you could want from an amp that is suited for playing at home.

It sounds great at low volumes thanks to its ‘bedroom/headroom’ switch. This allows you to drop the watts from 15 to 7 to 1 and finally 0.5 watts.

So you can have it in bedroom mode and play at 1 or 0.5 watts when you don’t want to upset neighbors or anyone else in your house/apartment. Then if you get the chance you can crank it at 15 watts when everyone is out!

15 watts can get plenty loud and you’ll be able to play small to medium gigs with the Rocker 15 if you want. The combo is fairly small and portable, which is handy.

It’ll do really nice, shimmery cleans all the way through to some pretty old school metal and everything in between (if you want to play modern metal you’ll probably need a overdrive to push it that bit further).

Aside from the awkward position of the effects loop socket there’s very few downsides to the Rocker 15.

If you’d like to know more about the Rocker then read my review of the Orange Rocker 15. 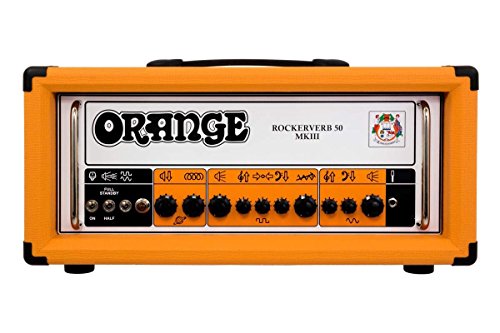 If you want an Orange amp to play metal you have a lot of options. As Orange are known for their gain it’s no surprise that they’d make some amps perfect for all types of metal.

The best of them though? The Rockerverb.

The Rockerverb 50 or 100 are absolute beasts that deliver everything you could want from a metal amp. You can go from the cleanest clean to the dirtiest, sludgiest heavy sounds out there.

It’s no surprise to see the Rockerverb on stage and being used by some of the biggest bands that play metal or heavy music.

You get reverb, a built in attenuator and two foot switchable channels. The attenuator is excellent and allows for a ridiculously loud amp to be played at low volumes and the reverb is up there with the best.

It is very pricey though. You get one of the best amps, not just best orange amps, out there. Full stop. But you’re going to have to spend big to do so.

Is it worth it? Absolutely! 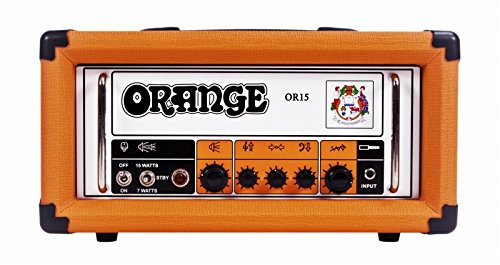 When putting together this list all the other picks for “Best Orange for..” were really simple. They either pretty much picked themselves or there were multiple amps that all could have worked. But for the blues it was a little trickier.

It’s not that there are no Orange amps that are good for blues; many will do it just fine. It’s just there isn’t one that really stands out as excelling or specializing in it.

The Rockerverb will do pretty much everything, and do it well. A slightly left field choice would be the Crush CR120. Solid states aren’t known as blues machines but this article proves that theory wrong.

But I think the best choice for playing blues would be the OR15.

It’s a simple, single channel amp that is based on the Rockerverbs gain channel. So it does have the capacity to do the very heavy, high gain thing.

But hold the gain back to around 3 or 4 and crank the master and you get a lovely, dynamic tone that is excellent for blues.

Throw in an effects loop and all at a reasonable price and it makes the OR15 a really great little amp. 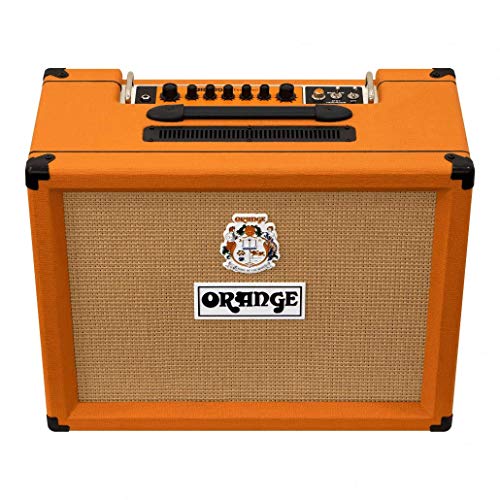 The Orange Tremlord is one of the newer models in their range but don’t let it’s slightly silly name put you off. It delivers 30 watts of wondrous cleans at all volumes.

You can get a bluesy breakup if you need but it’s those chiming cleans that the Tremlord excels at. The tremolo is as good as it gets as well. You’ll be hard pressed to find better.

Cleverly the effects loop comes after the tremolo so as to avoid it messing with your pedals. And the in built power scaling/attenuation down to 15 and 1 watts means you can comfortably play at home.

A great addition to the Orange stable of amps and a cracking choice for blues and playing clean. 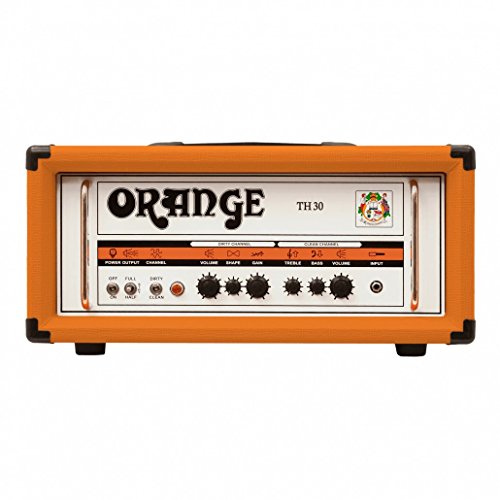 If you want a great pedal platform then you’ll find it hard to beat the Orange TH30.

It has an incredible clean channel – so clear and chimey – that is often overlooked because of the gain you get with Oranges.

In fact the TH30 overall is arguably the most versatile amp Orange make. The wide range of tones you can get across both channels is second to none. And the clean channel will happily take any pedal you out in front of it.

You can drop the watts from 30 to 15 or 7 if you want which makes taming it at lower volumes possible. 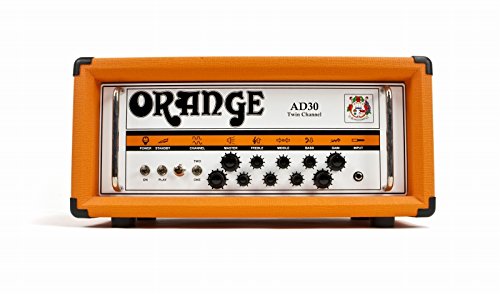 The best Orange for rock? All of them! Ok, that’s not strictly true but with their legendary gain so many of their amps are well suited for straightforward rock.

You won’t go wrong with a Rocker 15 or 32, but the AD30 is the pinnacle for straight up rock goodness. You get two channels with each having its own EQ controls and master volume and gain.

It gives you an amazing crunch tone that is ideal for classic rock through to harder rock. The AD30 was the amp Jimmy Page used later on, so a pretty decent endorsement!

The AD30 is just a no frills, dependable amp that delivers a great rock tone that you won’t be disappointed with.

If money is no option and you have the space and ability to use it to its full potential then the Rockerverb is the best Orange amp. It does it all – from gorgeous, chiming cleans to ferocious gain and everything in between.

It’s a huge price but absolutely worth it.

Simple answer: yes, orange amps are good. Music is all about taste and preference but in terms of build quality, versatility, sound and usability they are definitely good guitar amplifiers.

They’re also used by extremely famous and talented musicians, from pop superstars like Stevie Wonder to rock God Jimmy Page to metal behemoths Steve Harris and Jim Root. If they’re using Orange amps then Orange must be doing something right!

Whilst not every Orange amp is high gain Oranges are known for their gain. It’s a very unique sound that sets it apart from other amps. So for the majority of Orange amps it is the gain that they are most known for and why people buy them.

Which Orange amp has the Most Gain?

The Rockerverb. It’s a beast with more gain on tap than you could ever really want or need.