You may have wondered whether you can reuse guitar strings. There are certain situations where it might make sense to reuse a string.

Sometimes you have broken just one string and want to reuse another instead of buying a whole new set. Or you’ve accidentally strung the strings in the incorrect order and need to restring them.

Whatever the reason it’s not a ridiculous question to ask. And thankfully not a difficult one to answer. 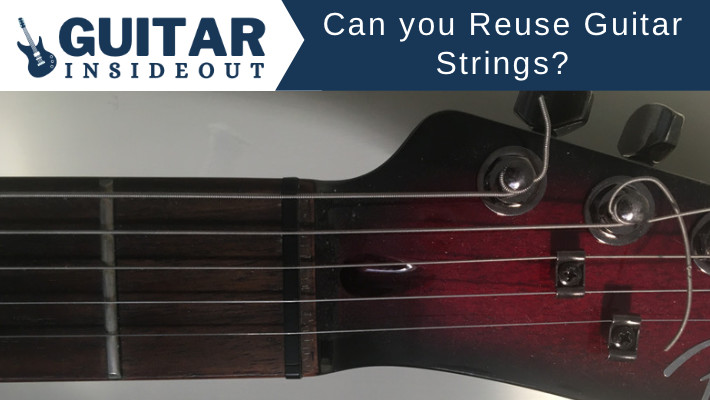 So let’s take a look at whether you can reuse guitar strings, how to best go about doing so and the reasons you would want to.

Can you Reuse Guitar Strings?

Simple answer: yes. However, the string or strings you reuse are going to be poorer in quality and sound than a new one. Used strings will be worn, have lost some of their tone and probably sound dull and flat.

Plus it will be structurally compromised from being removed once and then restrung which is going to make it more likely to break. So whilst you can reuse guitar strings the question you probably should be asking is whether you should.

Why Would you Want to Reuse Guitar Strings?

There are a few reasons why you might find yourself considering reusing a guitar string.

Why you Shouldn’t Reuse Guitar Strings

Quite often you’ll find that the string or strings are too badly worn to be reused. Even if they don’t look too bad the sound you get is going to be dull, lifeless and generally poor. They’re going to be much more prone to breaking as well.

New guitar strings have a brightness to them that older ones just lack. They are also spotlessly clean whereas strings used for a length of time will have built up grime, skin and oils from your fingers and will look, feel and sound awful to play.

It Doesn’t Cost Much to Buy New Strings

This depends on your situation but for a lot of people the expense of roughly $10 for a set of new strings is acceptable. In the long run it is worth it too as playing with reused strings is always going to have risks whereas with new stings you can feel reassured they’re going to sound right and be unlikely to snap.

In the past it was hard to find anywhere you could buy strings individually. Thankfully with online stores you can now find single strings sold in many different places.

So if you’ve broken one string and are thinking of reusing an old one or trying to tie the broken one to fit then it’s far simpler to just buy that individual string.

Why you Should Reuse Guitar Strings

There are some reasons for reading your strings, from financial to just no other choice.

They Stay in Tune When Playing Live

When playing live some guitarists like to have an old or worn set of strings to hand in case they break any strings. They choose to reuse older strings instead of a new set because new strings struggle to keep their tuning at first.

They need to be stretched first or played a bit before they hold their tuning properly. There’s no chance to do this whilst playing live and that’s why some guitarists prefer to reuse strings.

When you Have No Other Options

Sometimes you might find yourself in a position where you need to restring your guitar or have broken a string but have no way to buy or get a new set. If so then it makes sense to reuse old ones.

This can be whilst playing live and no other solution is at hand. You might have forgotten or lost your backup strings. Or just broken more strings than you expected.

It won’t be ideal but needs must.

If you want to avoid both buying new strings too often and potentially having to reuse old strings then there are a few things you can do to make them last longer.

For a further look at how much use you can get from your strings try our guide to how long guitar strings last.

There’s a school of thought that says you can take old strings, boil them in water, clean off the grime and dry them and they will sound better. If this does have any validity to it the improvement in sound you get is likely to be minimal.

That’s not to say you shouldn’t try it. If you’re going to remove and throw an old set of strings away then there’s no harm in cooking them in boiling water and seeing what happens. You’re going to be getting rid of them anyway!

Why I’m not convinced by this method is that it doesn’t seem different enough from the general cleaning of guitar strings you should do. The recommend best practice is to clean your strings after every use – wipe them down and dry them off, which should remove any grime, dirt and oil left by your fingers.

So is boiling the strings really going to make a huge difference? Will it be that much better than the standard way of cleaning your strings.

I’m not sure. But it does seem like an awful lot of hard work. 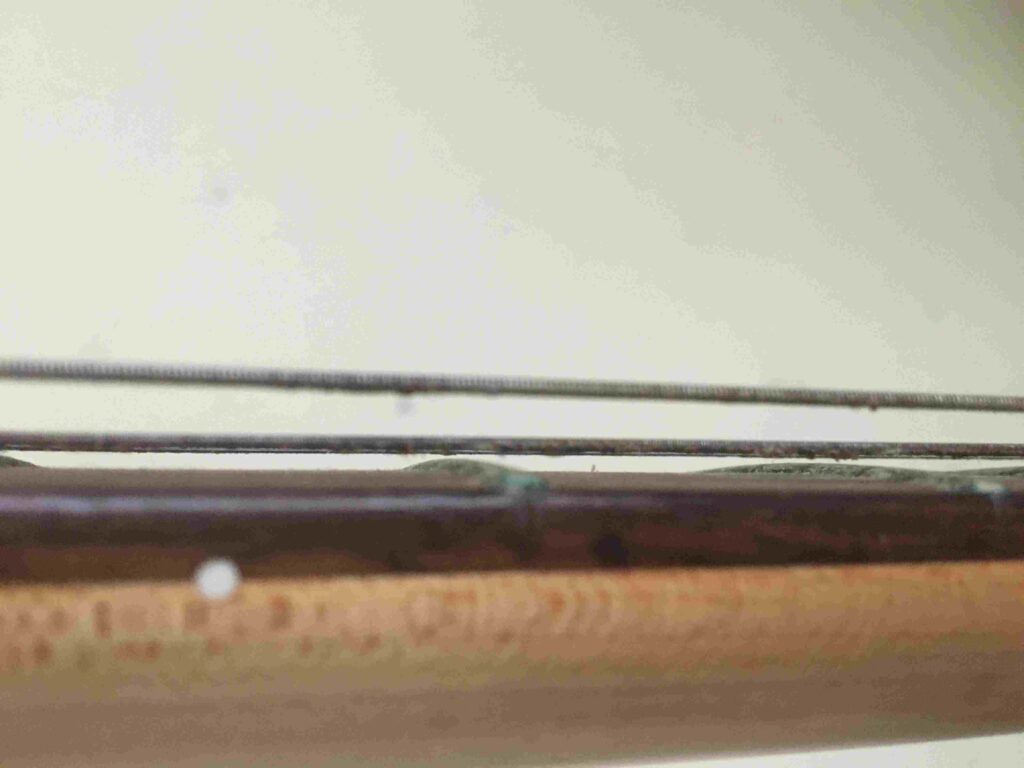 As we’ve seen you can reuse guitar strings but the big question is whether it’s worth doing so. My feeling is it’s not.

You may save a small amount of money, and in specific circumstances it makes sense. But aside from those very rare occasions it feels like it’s just an awful lot of unnecessary effort.

If you’re gigging or even just playing regularly at home/with friends then you’re going to want to change your strings fairly often. So you may as well buy strings in large sets – something like 3 or 5 packs. It will work out cheaper in the long run and you know you’re going to use them so it’s not going to be a waste.

This seems far more sensible than struggling with old, wobbly, lifeless strings that both sound and feel bad.