The number of frets and the scale length of your guitar is important. It affects how you play and the feel of the guitar. So how many frets does a Gibson Les Paul have? For the most part the answer is 22 frets. Most Gibson guitars, and also Epiphone guitars, have 22 frets as standard. 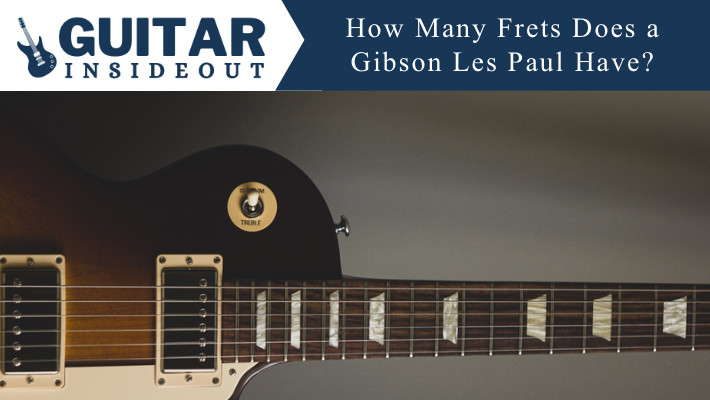 How Many Frets are on a Gibson Les Paul? And Why?

All Les Paul models have 22 frets, from the famous Gibson’s through to the more affordable Epiphone Les Paul’s. This is because of how guitars were originally made.

The Gibson Les Paul is one of the most established and well known guitars and its heritage and history run back decades. When electric guitars were originally conceived they had 22 frets due to the scale length guitars were built with then.

As time went by guitars evolved and scale lengths got longer and the number of frets increased from 22 to 24. This allowed for more space to play on the fretboard and a higher range.

But because of the Les Paul becoming such a popular and well established guitar it kept the original specifications and they were so important to its very unique sound that guitarists loved so much. 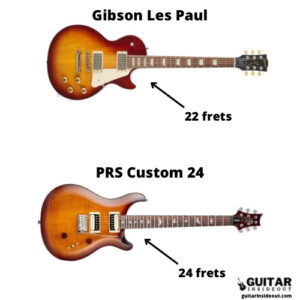 For a more general look at frets and their numbers try our guide to how many frets are there on a guitar.

It’s not just the Les Paul models that have 22 frets. Gibson’s SG, Studios and Juniors all have 22 frets as well.

The traditional scale length and number of frets on a Gibson is 22 frets and 24.5″ scale length. This is what you will find on the Les Paul Standard and the Epiphone Les Paul.

These specifications are classic and what players are both familiar with and like. That’s why over the years they have remained the same and not changed since the guitars inception in the 1950’s.

As the Epiphone is modelled on the Gibson Les Paul and that has never moved away from what made it popular in the first place they both maintain the 22 frets to this day (and probably will do for forever more!).

And whilst 24 frets have gained popularity, especially within metal, it’s no surprise to see some of the most famous guitarists still rocking classic Les Pauls with 22 frets. 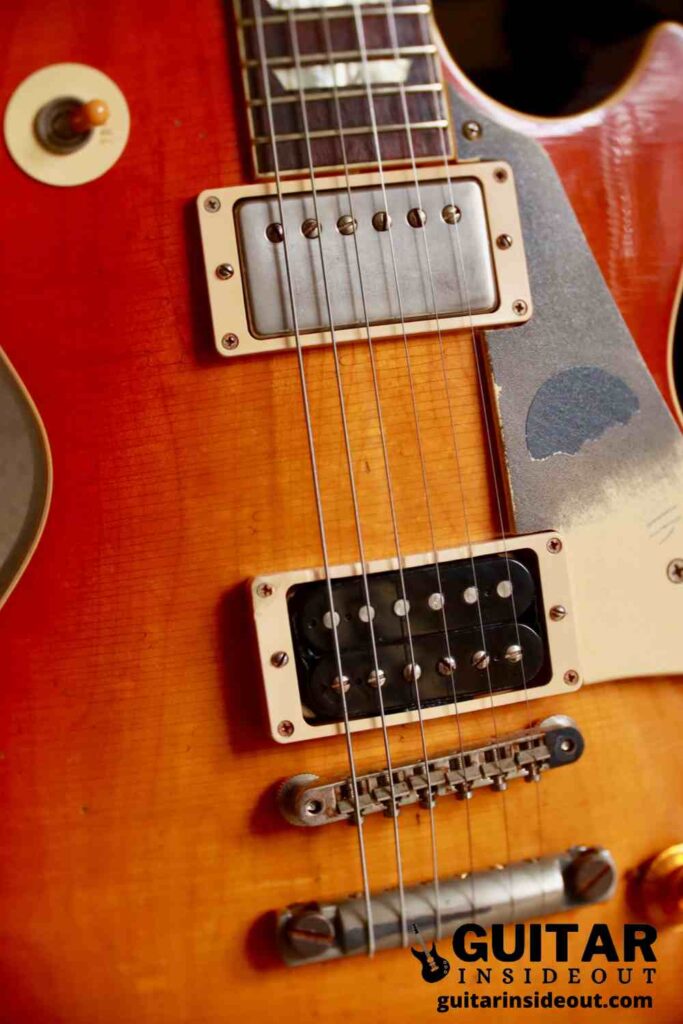 Yes. Well, pretty much. There are some very special/specific models that have 24 frets. For example, the Gibson Buckethead Les Paul has 24 frets. It was only available between 2009-2011 though and seems fairly rare.

But basically the entire Les Paul line of guitars have 22 frets as standard. The guitars mentioned above are very much exceptions. 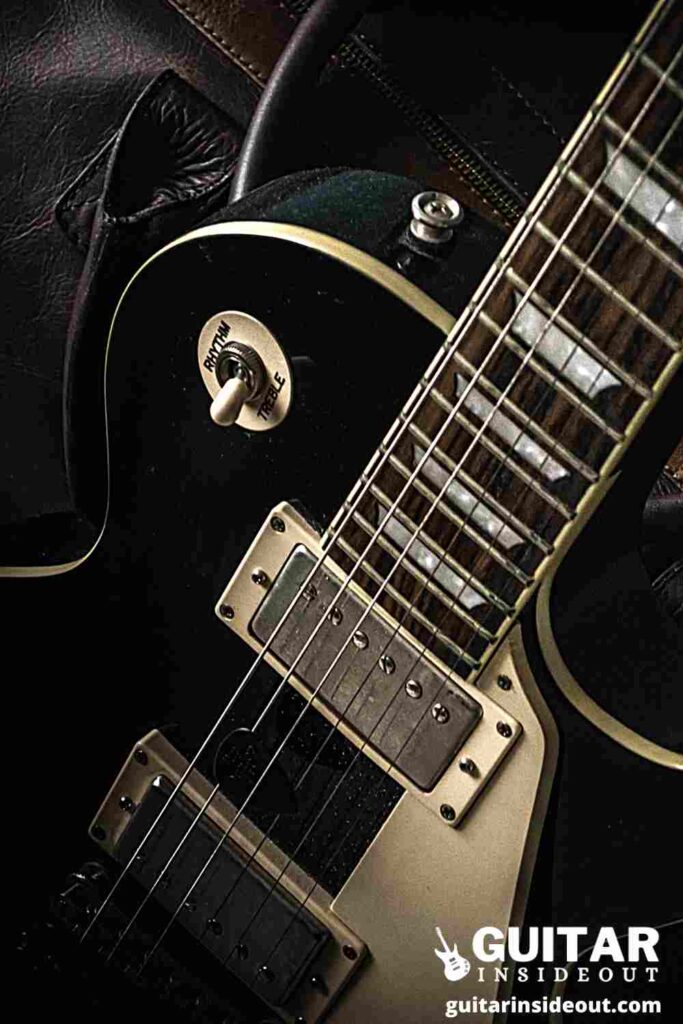 There isn’t really a right or wrong answer to this. It comes down to what you want from a guitar and possibly what sort of music you’re playing.

The reason 24 frets are popular amongst metal guitarists is because playing metal tends to be more technical. Having the increase of space the fretboard and the extra 2 octaves is necessary, or at least preferable for that style of music.

The sound differs between the different number of frets too. Because of the shorter scale length and neck a 22 fret guitar has the neck pick-up closer to the but it create a warmer tone than 24 fret guitars.

Also having 24 frets will feel different to playing a guitar like a Les Paul with 22 frets. You may find it takes some time to adjust to 24 frets if you’re used to playing with 22, and vice versa.

Some prefer and find playing on 22 fret guitars because of the shorter neck making it easier to reach the upper notes.

But neither one is better than the other, just different and suited for different things.

It’s not only number of frets that affects the sound of a guitar. Many Les Paul’s are chambered. Find out what a chambered guitar body is and what they do to affect the tone with our guide.

So now you know that a Gibson Les Paul has 22 frets, as do most Gibson and Epiphone guitars. This is due to the history of Les Paul’s and how the scale length plays a big part in the traditional sound they have.