A Kill switch is one of those guitar terms you may have read about but not fully understand. They’re not all that common but can be an interesting addition to your playing. 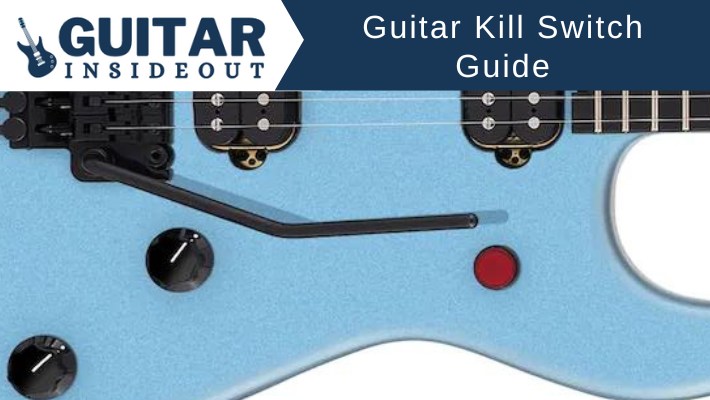 I actually installed a kill switch in an old guitar of mine to test it out. It was a fun experiment and a pretty easy modification to start with if you’re new to that sort of thing.

It also gave me a clearer idea about kill switches and how they work. I got direct experience of using one and what they can do.

So let’s take a look at what a kill switch is, what it does, why you might want one and more.

What is a Guitar Kill Switch?

A guitar kill switch is a switch or button that you use to quickly cut off the sound from your guitar. When you press or flick the switch it ‘kills’ or mutes the guitar, essentially stopping the signal being passed to the amplifier.

The switch is usually found on the body of the guitar and can be a normal toggle switch or a button you press or hold down.

Kill switches are sometimes referred to as a “kill button” or “mute button”. Most guitars don’t come with a kill switch and so have to be modified to install one. 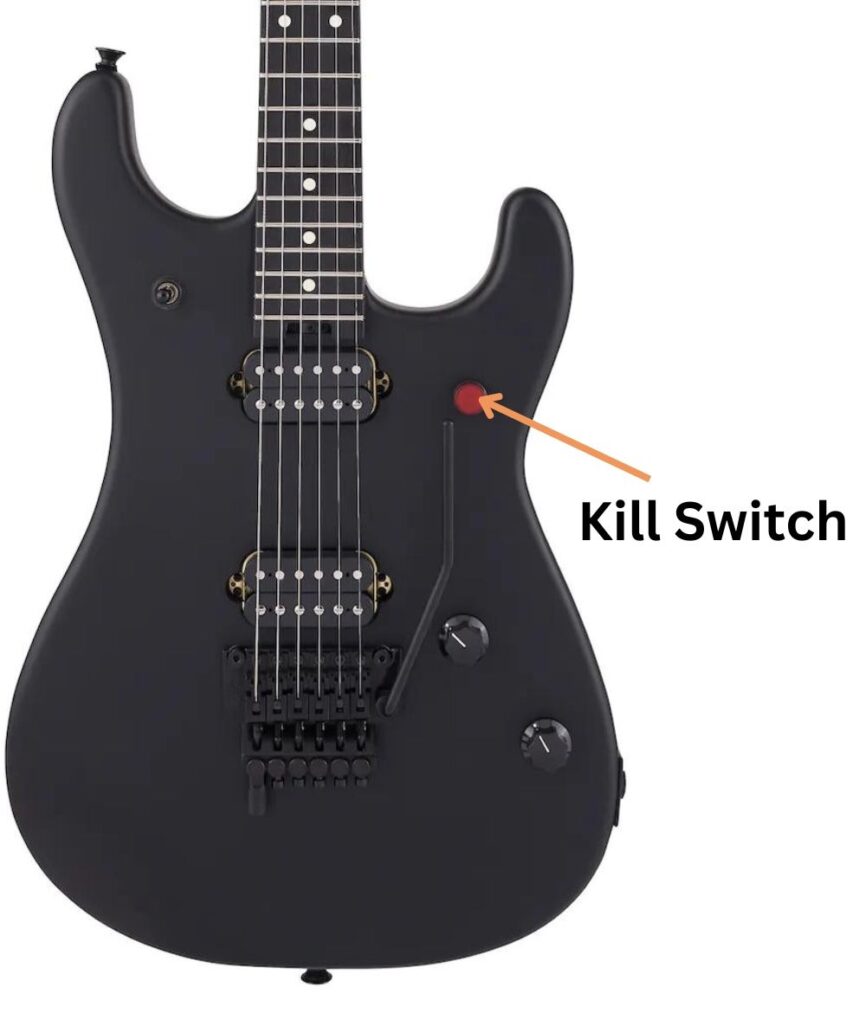 How Does it Work?

You can turn the kill switch on and off quickly, stopping and starting the signal between guitar and amplifier, which creates distinctive and unique types of sounds like stuttering and cupping effects.

This video gives a really good demonstration of using a kill switch button:

History of the Kill Switch

Kill switches have been around for along time. In the 1970’s Eddie Van Halen and Randy Rhoads began experimenting with kill switches and using them in certain songs. At first they achieved the technique by using their volume control.

But as that wasn’t very practical or reliable the kill switch we know today was invented.

Moving in to the 1980’s the kill switch became more popular, mostly in heavy metal and rock. Guitarists like Kirk Hammett of Metallica and Dimebag Darrell of Pantera used the kill switch at times that helped to define the sound of those bands.

There are a few different types of kill switches that you can install in your guitar.

Do You Need One?

You definitely don’t need one. You may want one though.

Kill switches aren’t common and don’t get used all that much. But the effects they create are unique and so if you like really like what they can do then it might be worth considering modifying and installing one on your guitar.

If you’re a beginner or fairly new to the guitar then it’s probably best to focus on mastering the basics first. You can always play will kill switches later on when you’re more comfortable with the instrument.

Which Guitars Can Have Kill Switches?

Any guitar can have a kill switch. The only thing to consider is that it might be more difficult to install one on certain guitars.

Depending on the type of guitar it can be awkward to wire and drill the hole for the switch to go through. You ideally want a lot of room under the pickguard.

While they aren’t used very much some of the most famous guitarists have utilised the effects kill switches create.

Installing a kill switch is one of the easier guitars mods you can do. I wouldn’t recommend it if you’re a total novice but it’s definitely worth attempting if you’ve played for a while and have an old guitar you don’t mind experiment on (and possibly ruining!).

How you install your kill switches will depend on the type of switch you opt for. And what guitar you’re installing it on will play a role in how you do it too.

The most common and probably easiest way is to drill a hole in the body of your guitar. You then run a wire from switch, placed inside the hole, to the pickups.

This is the most popular way because it can be done with minimal damage to the guitar. You just need to have the confidence to drill a hole through quite possibly your beloved guitar! 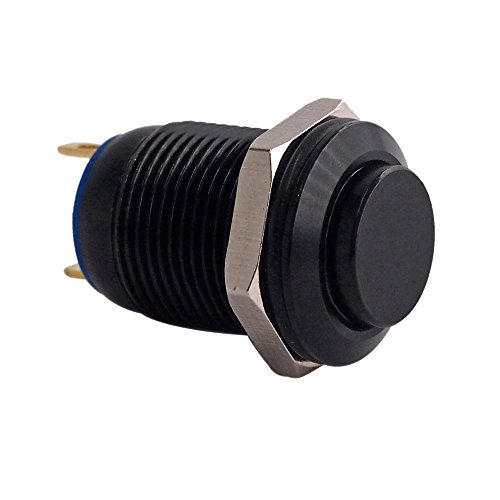 Alternatively you can install a push-pull potentiometer kill switch. This involves replacing one of the guitar’s existing volume or tone control knobs with a switch.

This is less invasive but a little more difficult to do, especially if you’re new to modifying guitars. However it doesn’t involve drilling any holes which is definitely a positive.

Getting a Luthier or Guitar Tech to do it

If you’re not confident about installing one yourself then it’s an easy job for a guitar tech or luthier. It’s relatively affordable too. 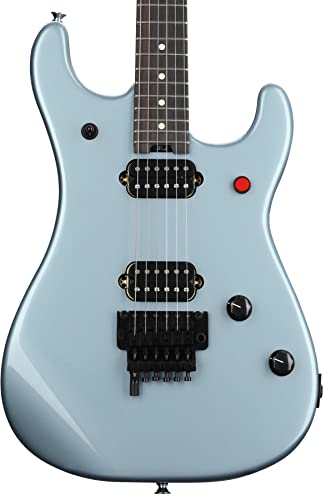