The B7 chord is an important chord to learn early on in your guitar journey. It gets used in many songs and so you’re going to want to master and get comfortable with it as soon as possible. 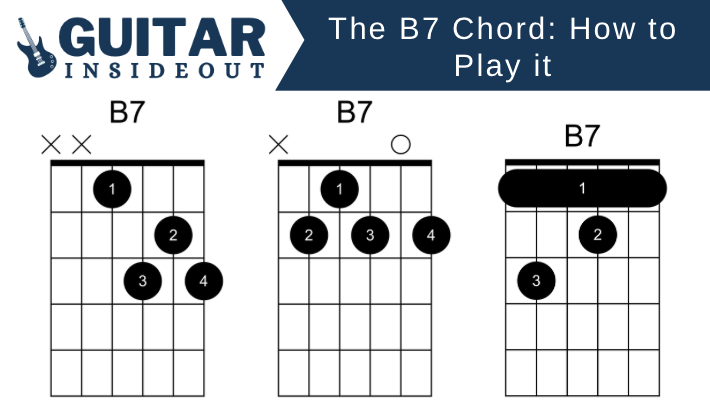 The B7 chord is also known as the B dominant 7th chord, or B Dom. It shares the same three notes as the B Major chord, with an additional seventh note (b7).

So let’s take a look at how to play the B7 chord as well as the five different variations of it.

The B 7th chord contains the notes:

The B7, being a dominant seventh, is built on the fifth degree of the major scale.

The intervals of dominant seventh chords, including the B7, are root > Major third > perfect fifth > minor seventh.

How to Play the B7 Chord

At first glance the B7 chord can look a bit scary! Especially if you’re quite new to the guitar.

But it’s not as difficult as you might think. Much like all the other chords, if you practice it for long enough then it’ll get easier and eventually become second nature.

The finger positions for the B7 is: 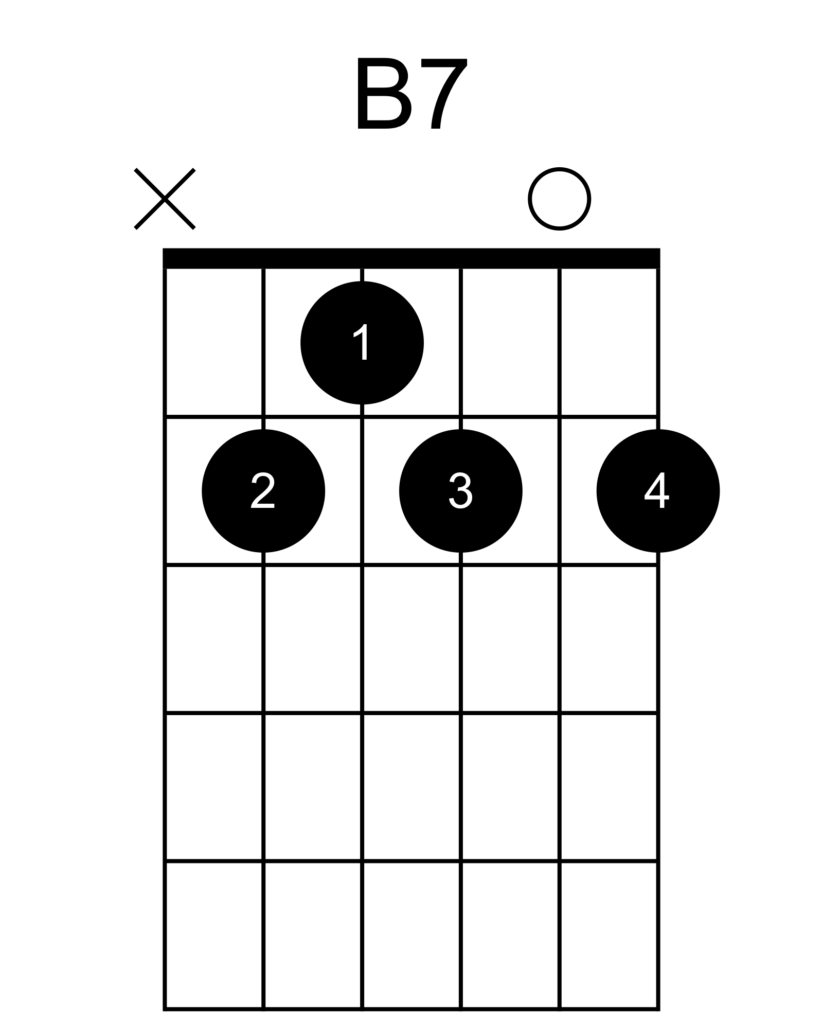 There are a few more variations of the B7 chord with some a little more tricky than the standard one. But you shouldn’t have too much trouble mastering them.

The first we will look at is a sort of barre chord. It’s played at the 2nd fret and you barre with your first finger the A, D and G strings (2nd, 3rd and 4th strings). Then your third finger goes on the third string, 4th fret and fourth finger second string, 4th fret (those are the F# and D# notes, respectively). 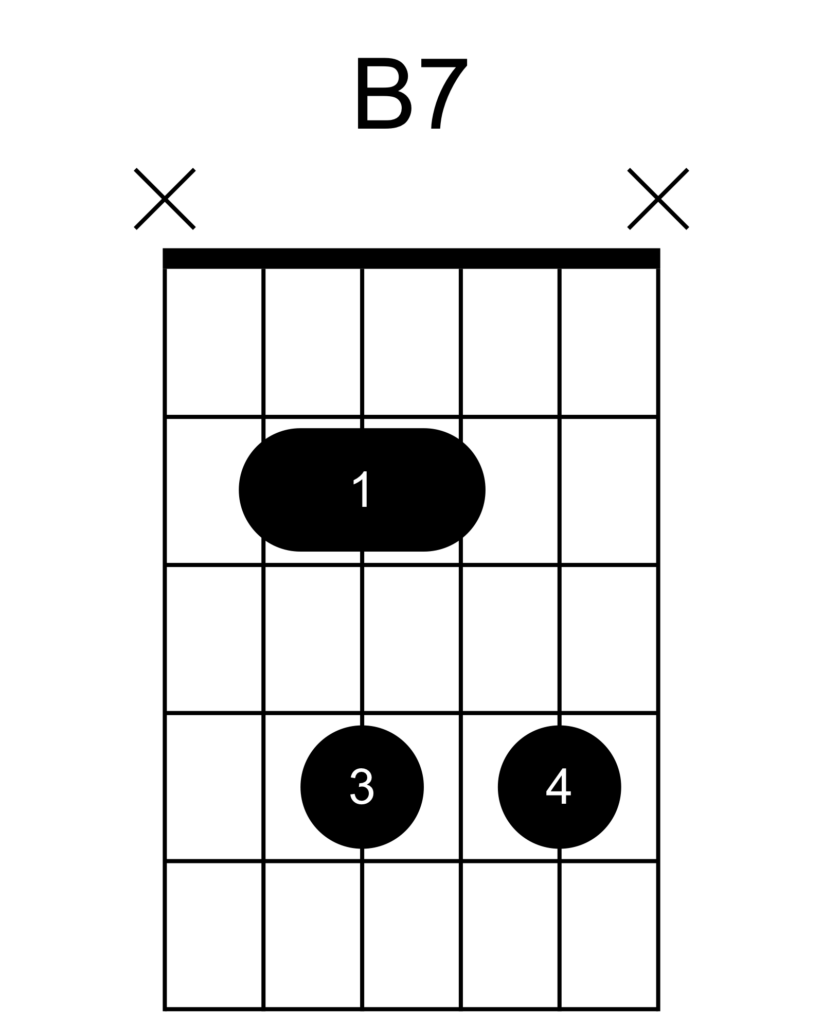 Another barre type variation is played at the 7th fret. It’s similar to B major barre chord. Just barre the entire 7th fret with your first finger, then 3rd finger on 2nd string, 9th fret and 2nd finger on the 4th string, 8th fret. 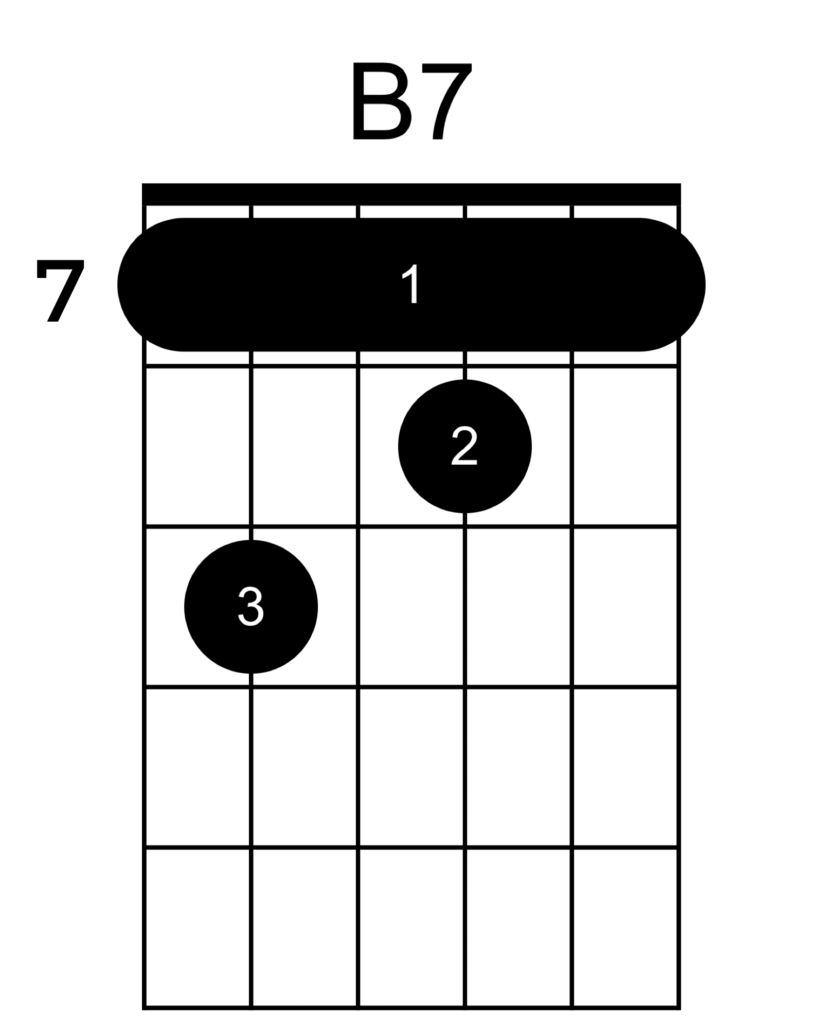 Another variation is played at the 9th fret. It’s not used very often but worth taking a look at. 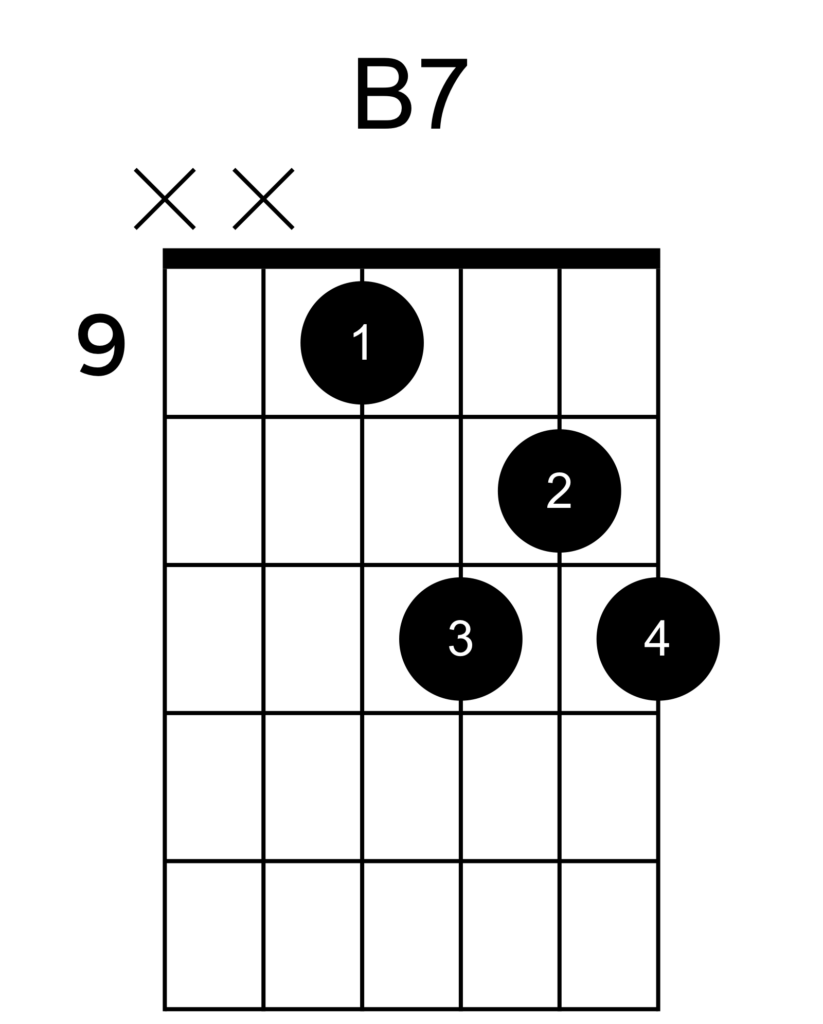 The final variation is a bit of a stretch! The shape itself shouldn’t cause you any problems but that stretch might require some practice. 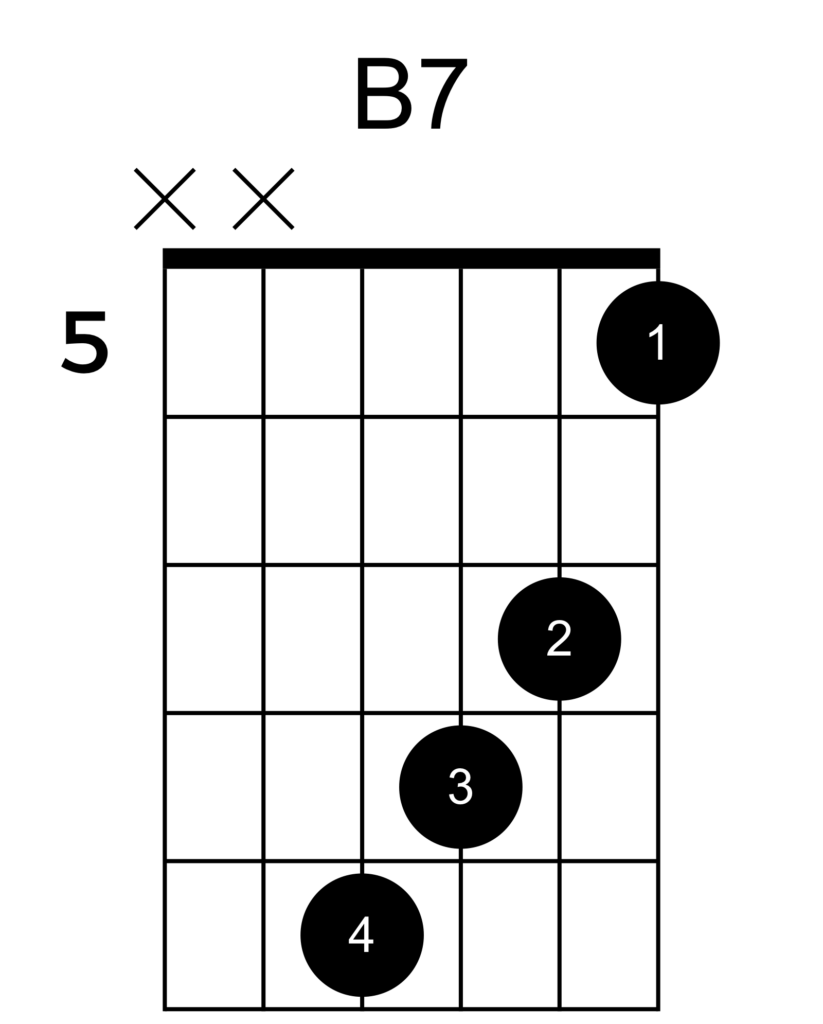 If you’re more of a visual learner this video shows the chord clearly:

And that’s the B7 chord and it’s variations. Hopefully you now feel more confident playing it or can use the above guide to help you learn.